Home All The News Cole: Liverpool defender is playing in wrong position for England 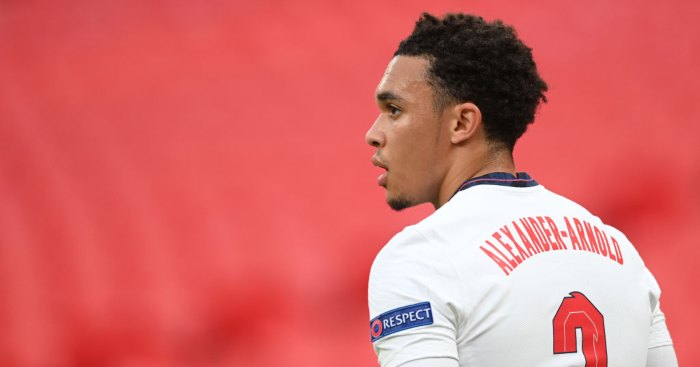 Kyle Walker, Eric Dier and Harry Maguire played in a back four for the Three Lions in their 2-1 win over Belgium as Alexander-Arnold was deployed further up the pitch as a wing-back.

Belgium took the lead through a penalty from Romelu Lukaku, before Marcus Rashford hit back with a spot-kick of his own before Mason Mount secured victory with a deflected effort.

On Liverpool star Alexander-Arnold, Cole told Sky Sports:“I don’t like to see him playing as a wing-back. He’s better suited playing from deeper and arriving into areas.”

Cole added: “With Alexander-Arnold coming into that space, you start to see his range of crosses and passing. He did most of his work chasing the left wing-back, trying to get in behind him, which I don’t think suits him.”

Only Kieran Trippier and Dominic Calvert-Lewin retained their places from the 3-0 win over their home nations rivals for the visit of Belgium.

With captain Harry Kane now closer to full fitness and Ben Chilwell passed fit following illness, the team is likely to change once more against the Danes, as Southgate heaped praise on his whole squad.

Southgate said: “Without the players playing like they did against Wales the other night, we wouldn’t have had our team fresh for Belgium.

“And if we hadn’t won the game against Wales there would have been a drama for three days.

“Although it is difficult to keep 29 players engaged and involved, without that squad and how they have been across the week we wouldn’t have got the result we did.”