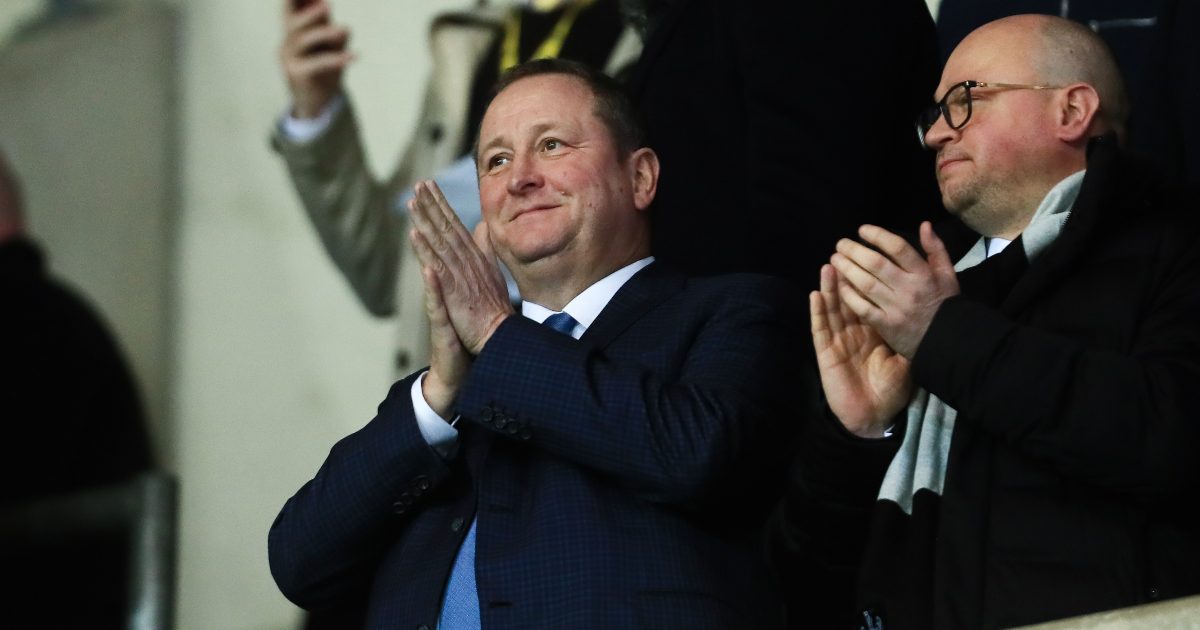 Newcastle United owner Mike Ashley has claimed that “dark forces” are working against the club to stop them from becoming a “powerhouse” in football.

Ashley’s comments came just hours after it was revealed Newcastle have taken the Premier League to the Competition Appeal Tribunal over the collapse of the takeover of the club last year.

The Magpies have been subject to a tax investigation since 2017, when raids were carried out at St James’ Park during which financial records, laptops and phones were seized and managing director Lee Charnley taken in for questioning before being released without charge.

OPINION: The battle is on to avoid the Europa Conference League

However, the club have now said the probe, which related to “the tax treatment” of players and agents, has now ended with no formal charges having been brought.

A statement said: “HMRC has today given formal confirmation that it is discontinuing the four-year long criminal investigation into the tax treatment of agents/players payments involving Newcastle United Football Club (NUFC).”

Ashley, who is currently waging an arbitration battle over the Premier League’s failure to approve the proposed £300million-plus takeover by Amanda Staveley’s largely Saudi Arabian-funded consortium, made his feelings on the matter abundantly clear.

He said in a statement: “After four years of the club being subjected to this investigation, I am pleased that the criminal investigation has now been discontinued.

“It is now time for the dark forces that are preventing this football club from becoming the powerhouse that the fans deserve, to step aside.”

Earlier the UK Competition Appeal Tribunal (CAT) says it received a claim for damages and/or an injunction from Ashley’s St James Holdings company on April 22, under section 47A of the Competition Act 1998.

The Saudi-backed consortium ended its bid to buy Newcastle in July last year having agreed to purchase the club in April.

But the deal was still being scrutinised under the Premier League’s owners’ and directors’ test 17 weeks later when the consortium withdrew its interest.

Ashley bought the Magpies for £134.4million in 2007, but has been trying to sell it for much of the time since.

As far as he was concerned last year, a deal which he believed could give the club the spending power he has been unable to provide had been done.

The Premier League declined to comment on the matter when contacted by the PA news agency.

The CAT is a specialist judicial body which hears and decides cases involving competition or economic regulatory issues.