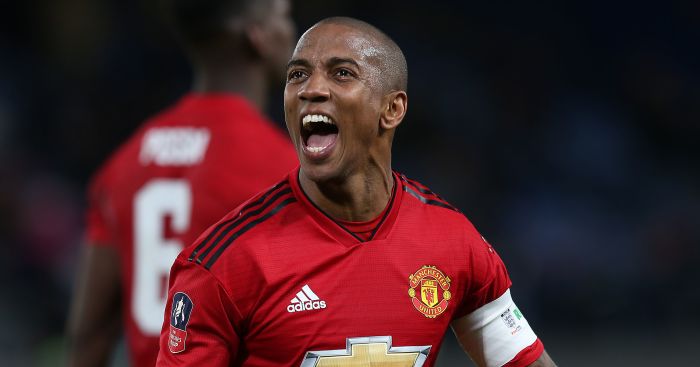 Ashley Young has completed his move from Manchester United to Inter Milan.

The England international, 34, has put pen to paper on a deal until the summer with the option of a further season with Inter after the clubs agreed a 1.5 million euros (£1.3m) fee.

“Ashley Young is officially an Inter player,” Inter confirmed on their official website.

“The 34-year-old English defender arrives from Manchester United and has signed a contract lasting until June 30 2020 with an option to extend for a further season.”

Young becomes the third English player to join Inter following Gerry Hitchens, who moved to the Serie A giants from Aston Villa in 1961, and former United midfielder Paul Ince, who spent two seasons with the Nerazzurri after signing in 1995.

To the United fans: every time I walked on the pitch wearing your shirt I gave you my all. Thank you for your support during the highs and the lows. I leave as one of you, see you again in an away end soon 🤘🏾

Stevenage-born Young, who has won 39 England caps, began his career at Watford and joined United from Aston Villa for £17million in June 2011.

He made 261 appearances for the Red Devils, scoring 19 goals.

Young, who has been United’s club captain in recent seasons, won a Premier League winner’s medal in 2012-13, in Sir Alex Ferguson’s final season as manager. He also picked up winner’s medals in the FA Cup, League Cup and Europa League.

He tweeted on Friday night: “Very excited to join Inter and begin this new challenge. Can’t wait to get started.”

Inter added: “As a keen campaigner against racism, Young has led from the front for Manchester United – recently wearing the captain’s armband for the past three seasons.

“However, he’s now ready for a new adventure and on behalf of the entire Nerazzurri family, we’d like to wish our new signing all the very best.”

United said in a statement: “Everyone at the club would like to thank Ashley for his many seasons of service and to wish him well for the future.”