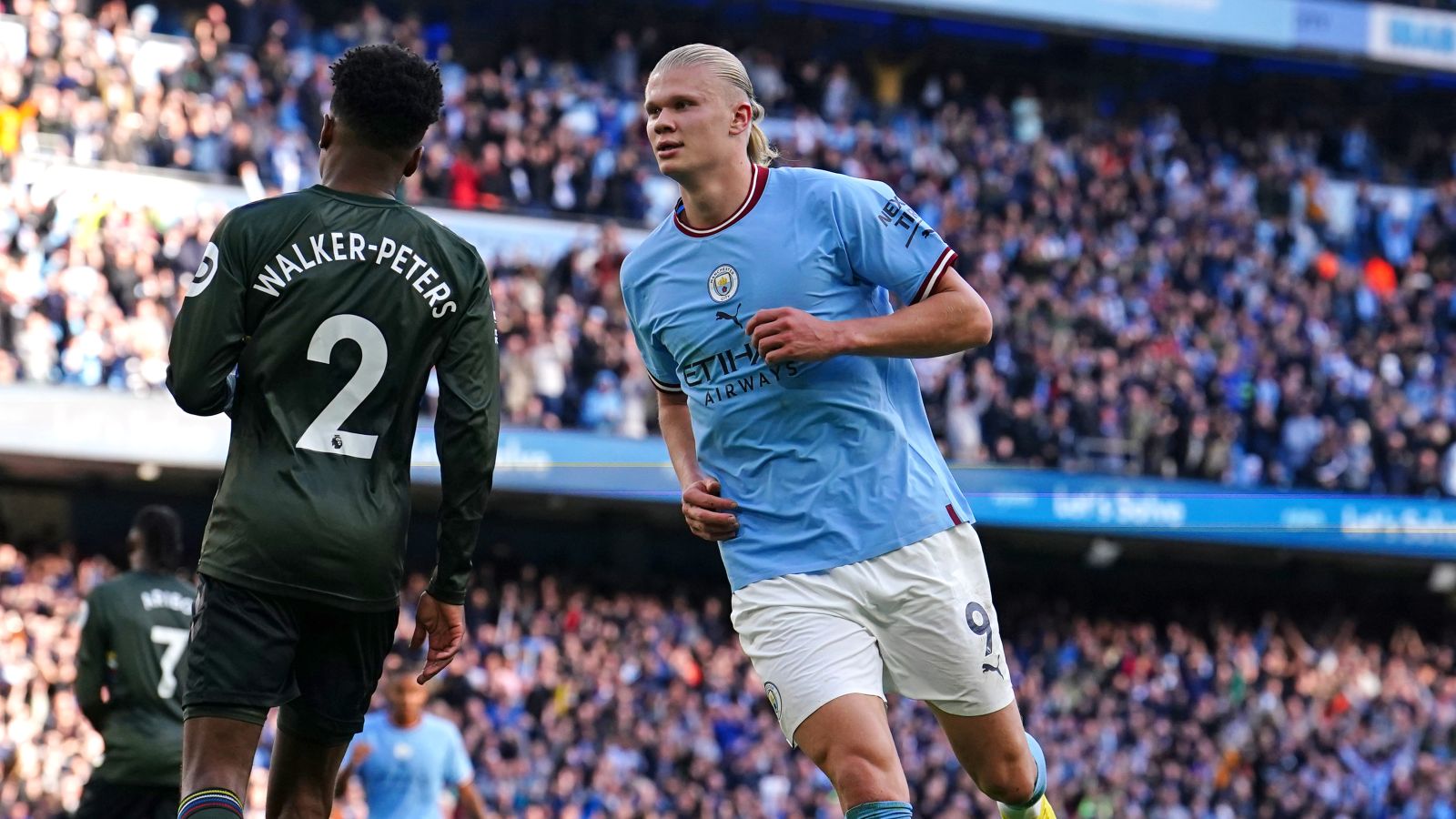 Non-League Ashton United claim to have made a cheeky bid to sign Erling Haaland on loan from neighbours Manchester City during the World Cup.

With top-flight football taking a break for the global showpiece in Qatar, the prolific Haaland will be out of action in the coming weeks as his country Norway failed to qualify.

Ashton, of the Northern Premier League Premier Division, English football’s seventh tier, believe they can offer the formidable striker the perfect solution to help him maintain his match fitness.

“We think he will be a great fit for us and would slot in with our squad dynamic really well.”

Ashton, who are based just six miles from City’s Etihad Stadium, are 11th in their division and were beaten 2-0 in front of a crowd of 622 at Gainsborough Trinity on Saturday.

Haaland has scored 23 goals in just 18 appearances for Premier League champions City since his £51million summer move from Borussia Dortmund.

City manager Pep Guardiola said last week Haaland would be allowed some time off – which he expected him to split between a holiday in Marbella and a visit home to Norway – before returning to training in early December.

Whether or not the 22-year-old is tempted by Ashton’s unlikely offer remains to be seen.

The article on the club’s website added: “The club are yet to receive any response from Manchester City.”

Asked whether it was positive for Haaland to miss out on the World Cup, Guardiola said: “I would prefer for Erling to go with Norway, unfortunately they did not qualify.

“Hopefully he will recover perfectly from his injury, then [on holiday to] Marbella for a few days, maybe go to Norway and then come back when we come back to training.

“I would love for him and Riyad and the other ones [to go to the World Cup], but it is what it is.”

READ MORE: Kylian Mbappe goes into World Cup as top goalscorer in 2022 by some margin