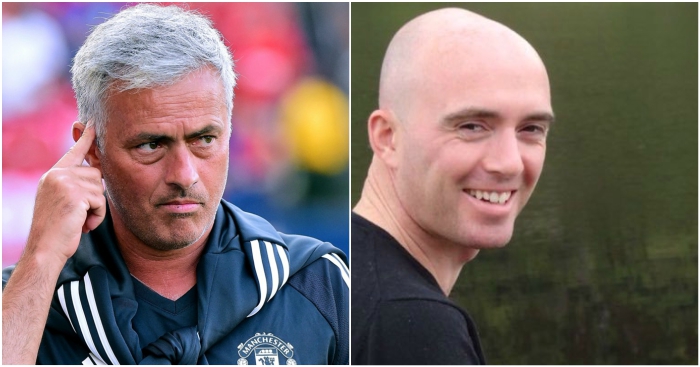 Freelance journalist Duncan Castles has become renowned in social media circles for his – how should we put this – ‘support’ of Jose Mourinho. Many have accused him of being a mouthpiece for the Manchester United manager and his agent Jorge Mendes, while others have used far stronger terms.

The podcast Media Matters, co-hosted by Sachin Nakrani and Gags Tandon and part of the Anfield Index podcast channel, decided to interview Duncan from his home in Cape Town via Skype to ask him how he views the job now and how he goes about making contacts and writing stories. And yes, those relationships with Mourinho and Mendes.

Below is a transcript of some of that podcast. To listen to it in full visit: https://anfieldindex.com/join

AI: You’re accused of being Jose Mourinho’s mouthpiece. How do you react to that?

DC: “I don’t think it’s right. The way I work as a journalist is I’m prepared to write something from contacts if I trust that contact gives me solid information. I work with a lot of agents, do a lot of reporting on transfer business, and it’s very easy for an agent to manipulate the transfer market by getting a story out through a newspaper or TV station by telling them something, such as Manchester United want to sign Mesut Ozil or Real Madrid want Dele Alli.

“Quite often there’s no substances to these stories but they facilitate the agent in the transfer market, or gaining his client a new contract. So a big part of my job is assessing when I speak to an agent, or manager, or footballer, or sporting director, if he is trustworthy. Is he giving me accurate information or is he trying to use me to get a message out? That process takes time and any information I get is going to be checked with at least one other source.

“But sometimes you have to write a story in a hurry because of deadlines and in those instances you have to only use the contacts you really trust because they’ve never given you duff information in the past. My core contacts as a football journalist are those guys, people in some cases that I’ve worked with for over a decade, who have never given me duff information. When they tell me something, it’s right.

“What I do quite often with managers and players I know is I’ll send them a text message after the match, congratulating them or whatever, and ask them about what went on. It’s like having a press conference in which they’re not publicly exposed so they can tell you things that they couldn’t necessarily say in public before the ramifications of that being attributed to them in a newspaper or on a TV station. You get a better quality of information that way. The key thing there is trust.​”​

AI: The criticism you get in regards to Mourinho is perhaps less to do with your news stories/articles on him and more to do with your tweets. For instance this one after Manchester United lost 2-1 to Huddersfield recently:

Can you not see why something like that, when people have a view of you already, was jumped on and lampooned?

DC: “The point I was making there was the two teams at the top of the Premier League table have both been in difficult circumstances against a team they were expected to beat away from home. Manchester City at Bournemouth looked like they were going to draw the game – they got five minutes of added time shown by the referee and scored after seven minutes of added time, giving themselves two more points.

“So there’s an argument to be had over whether the extra two minutes Manchester City got at Bournemouth were justified by delays in the added time period that was played. You can have an argument whether there should have been two more minutes played, at which point [Raheem] Sterling scored – that’s quite a lot for an added time period.

“But I don’t think there’s any argument that at Huddersfield, Manchester United should have had some more added time because there was a substitution and because of the time-wasting.​”​

AI: But that happens in every game – sometimes you get the time you should have, sometimes you don’t. It’s nothing specifically against Mourinho.

DC: “That’s not the point I was making. You’re reading into it that the tweet was about a conspiracy theory…​”​

AI: Yes, but everybody has read it that way Duncan.

DC: “What does it actually say? [Duncan re-reads the tweet]. The point is Manchester City benefited, Manchester United didn’t. That’s purely down to the referee’s decision on the day. But if the title comes down to two points in Manchester City’s favour, that small margin of added time they got, you can argue, was the difference.

“I’m not saying it was intentional, that referees are intentionally giving Manchester City an advantage, it’s just saying that in that particular instance, they got the break. It’s interesting to contrast.​”​

AI: Would you have sent that tweet if it was the other way around –if Man Utd got a late winner at Bournemouth and Man City had lost at Huddersfield?

AI: You never pick up on a Mourinho quote how you pick up on quotes from other managers. For instance, Mourinho claiming he doesn’t cry about injuries – he has and does!

DC: “The context to that…he’s been trying to avoid talking about a serious injury to Paul Pogba, which was caused by him working with a private trainer, and which there is significant debate inside Manchester United regarding the best way it should be treated.

“If you watch the whole press conference, it was the press conference where he was quizzed about his interview to TF1 where he was asked if he would turn down PSG if they asked him to take over as manager and his reply was an unexpected comment that he didn’t see his career ending at Manchester United. So in that next press conference he was under a lot of pressure, being asked about that and having to defending himself, and he used the injury thing as a way to move elsewhere.

“People have picked up on that and said there a number of press conferences of yours in which you have talked about having injuries…you can make an argument about whether or not he was crying and moaning in those circumstances, but what does it add to me saying he does moan and cry about injuries? Do I have to join in with the reporting of everything to be seen to be objective?​”​

AI: That would be nice as you’d then move away from that persona of being biased.

DC: “If I had commented on that it would be the comment I’ve just made, which is this is the context behind what Jose said. And if I done that I would’ve got a tonne more abuse, saying ‘look, you’re defending him even in these circumstances’.

“My view of Mourinho’s comments in public is that he’s rarely factually inaccurate. You might not like what he says, and it’s certainly said in his interest, but he doesn’t come out with things like ‘we were the better team until a player was sent off’ when they were a goal down and they clearly weren’t the better team. He doesn’t come out with that kind of thing.​”​

AI: Do you say things on Twitter to get a reaction rather than what you really think?

DC: “I’m a journalist. My livelihood is dependent on driving traffic and getting people to read my content. So, if my stuff is boring and not worthy of reading I would be out of a job. As a journalist you try and say interesting things and provoke interest.

“What I would say is that I wouldn’t write anything on Twitter that I didn’t believe. Any statement I make on Twitter, or is contained in my writing, I would stand by 100%.​​”

AI: Do you feel you get a raw deal on Twitter?

DC: “Not particularly. You get lots of positive stuff on Twitter, and it’s a valuable tool. I don’t have any problems with people criticising me or questioning what I write – I quite often discuss things with people if they do it in a polite or reasoned manner.

“The only thing I don’t like on Twitter is the abusive stuff. If people want to make derogatory comments about your family or make physical threats of violence…there is no need for that in any area of society. That I don’t enjoy.”​

AI: OK. How did you get into journalism?

DC: ​”​I was working in science, in academics, did a PHD in monkey behaviour, did my research in Africa for that. Then I was looking for more funding and ended up going to Japan to study Japanese and study Japanese monkeys over there and as a result of that I spent three years over there, working at Tokyo University. I was supposed to go back to the UK but the World Cup was coming up in Japan and I wanted to stay for the World Cup and was losing my enthusiasm for scientific research. There were adverts in one of the English-language papers I read looking for sub-editors, one of them in sport. I applied for that job and got it.

“When I moved back to England the following year, I got a chance at the Daily Mail. They liked the stuff I did and I ended up being added to their London team of reporters.

“The fundamental thing for me in football journalism isn’t so much the writing – I enjoy that, there’s loads of plus sides to it, and it’s great to be be able to find out information, convey it to people, and have people be interested in that and get feedback on that. Obviously it’s great to be make your career out of a sport you love, but the real delight for me is the opportunity to talk to the people who are involved in the sport, have access to them, and ask them what’s the difference between a winning team and a losing team. What do you do to make teams win? Where do things go wrong? That’s the real joy of football journalism.”

To listen to all Anfield Index podcasts, visit: https://anfieldindex.com/join