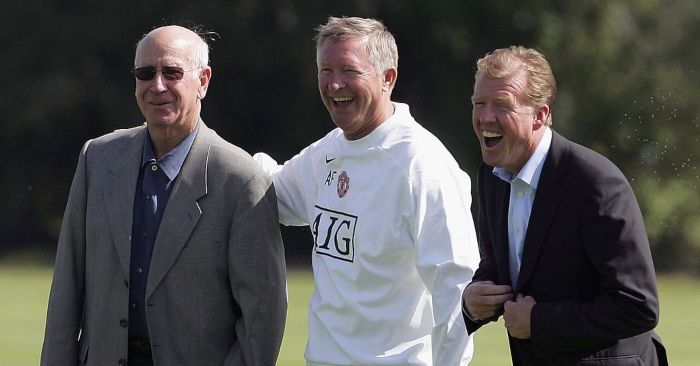 With Pep Guardiola hoping to prove that he created Mikel Arteta and can thus destroy him, here are five assistant managers who went on to beat their former bosses…

Jose Mourinho and Louis van Gaal
Before Ed Woodward, the relationship between Louis van Gaal and Jose Mourinho never threatened to be anything other than as cordial as that questionable bottle in your grandmother’s pantry. That the former never resented the latter’s appointment as his replacement at Manchester United is testament to their mutual respect.

The pair shared three years together at Barcelona and have subsequently sat in opposite dug-outs just thrice, which is vaguely remarkable given their respective success and longevity eating at football’s same top table. Two of those meetings came a few Premier League seasons ago, but the first was eminently more memorable than a 1-1 draw at Old Trafford and 1-0 Chelsea win in April 2015.

The 2010 Champions League final – the start of the current dreadful trend of playing it on a Saturday instead of a Wednesday evening – pitted Bayern Munich against Inter Milan. Van Gaal, then 58, faced a 47-year-old Mourinho rejuvenated and refreshed from rehabilitation in Serie A.

Both were hoping to become only the third manager to win the Champions League with two different clubs, neither likely aware that this would remain their final appearance on this stage a decade later.

It went precisely as Van Gaal expected. Sort of. In a biography of Mourinho a few years before the final, the Dutchman outlined the contrast between them: “He has more belief in defence than attack. My philosophy is always – because I believe we must entertain the public – to have attacking football. His philosophy is to win. That is the difference.”

Quite. Inter had 41% possession and nine shots to Bayern’s 17. Diego Milito squeezed the corpse in the 35th minute and watched it draw its last breath by the 70th. Mourinho won. And it still should’ve been held on a sodding Wednesday.

Coming no more than a day or so after The Sun announced his imminent appointment with a back-page headline of ‘Fergie names a Mr Who as No2’, Steve McClaren was left in no doubt as to the scale of the challenge that faced him as an unknown entity thrust into the spotlight that covered one of the world’s biggest clubs.

To his credit, he more than met the challenge. It was February 1999 when McClaren was drafted in to replace Blackburn-bound Brian Kidd. Three months later, and only six years into his coaching career, he had helped guide the club to a remarkable Treble.

Alex Ferguson had actually intended to hand the Old Trafford reins over to McClaren upon his planned retirement in 2002. The board disagreed, thus the 40-year-old rejected overtures from West Ham and Southampton to take over at Middlesbrough.

McClaren’s first reunion with Ferguson had a predictable conclusion: Ruud van Nistelrooy scored in a 1-0 win at the Riverside in December 2001. But the return fixture three months later saw Alen Boksic lay a hammer to United’s hopes of an unprecedented fourth consecutive title.

They had been top from January 13 to that game on March 23, barely holding off a ferocious Arsenal challenge. Ferguson’s side dropped eight points in their final seven games and even finished behind Liverpool as the Gunners won 13 on the bounce. In his own small way, McClaren had helped decide the destination of the Premier League crown again.

Roberto Di Matteo and Andre Villas-Boas
“I think the game was won on individual brilliance from Oscar, Mata and Eden Hazard, who were tremendous,” said a begrudging Andre Villas-Boas in October 2012. His Tottenham side had just lost 4-2 to Chelsea at White Hart Lane, having led 2-1 as late as the 66th minute. Two goals from Mata, a player he brought to Stamford Bridge little over a year prior, were decisive.

“I’ve thanked him for that,” quipped Roberto Di Matteo. He had been appointed permanent manager that June, having won the Champions League in May after taking temporary charge in March. The Italian would be sacked by November.

“At Chelsea, I think another sacking is just like any other day at the office,” was the unsympathetic reaction of Villas-Boas, whose 256-day reign of the Blues was beaten by his former right-hand man’s positively eternal 262-day knock.

Zinedine Zidane and Carlo Ancelotti
While Paul Clement had accompanied Carlo Ancelotti to Spain to prolong a working relationship that had found success at Chelsea and Paris Saint-Germain, Real Madrid had typically more ambitious ideas. Zinedine Zidane had been introduced back into the fold by Mourinho in 2010, becoming sporting director a year later. By 2013, he was installed as assistant.

It was a strange arrangement, almost superficial. When Zidane became boss of Real Madrid Castilla in 2014, it emerged that he did not actually possess the requisite coaching badges. Quite how those 12 months under Ancelotti’s eyebrow were spent is anyone’s guess.

Ancelotti was gone by summer 2015, replaced by Rafael Benitez who, in turn, lasted only until the subsequent January. Zidane’s rapid ascension to the throne was complete.

He would face Ancelotti in his first full season as part of Real’s successful defence of their European crown. Bayern awaited Los Blancos in the Champions League quarter-finals but were beaten in both legs, albeit after extra-time in the second at the Bernabeu. That’s what happens when you activate the cheat code that is Cristiano Ronaldo; the third goal of his hat-trick was his 100th in the competition.

Peter Taylor and Brian Clough
The story behind the breakdown in relationship between Brian Clough and Peter Taylor is utterly heartbreaking. By the time the former passed away in 1990, football management’s greatest pairing had not spoken for seven years. Two First Division titles, two European Cups, four League Cups and a litany of other trophies were embroiled in a custody battle with no happy ending.

Taylor rarely sought to venture out from Clough’s shadow, but controversy would linger long enough to strike whenever he did. The autobiography; the occasional newspaper columns; the decision to take over at Derby in 1982. Each were indicative of a professional trying to earn a living and benefit from his own success, but were perceived by the other party as mortal betrayals.

Not only had too much water gathered under the bridge by the time Taylor’s Derby hosted Clough’s Forest in an FA Cup tie in January 1983, but said bridge had been summarily set ablaze and left in a pile of ashes and dust. Neither manager acknowledged the other before or after the game, save for Clough admonishing defender Willie Young for talking to “that shithouse” outside the ground and screaming that ‘that’s the last thing you ever do at this club’.

Forest players later recalled never having seen or heard the manager quite so irate. Archie Gemmill and Andy Hill had given the Second Division Rams victory in a competition Clough never would win, inflicted upon him by a confidante he had grown to loathe.