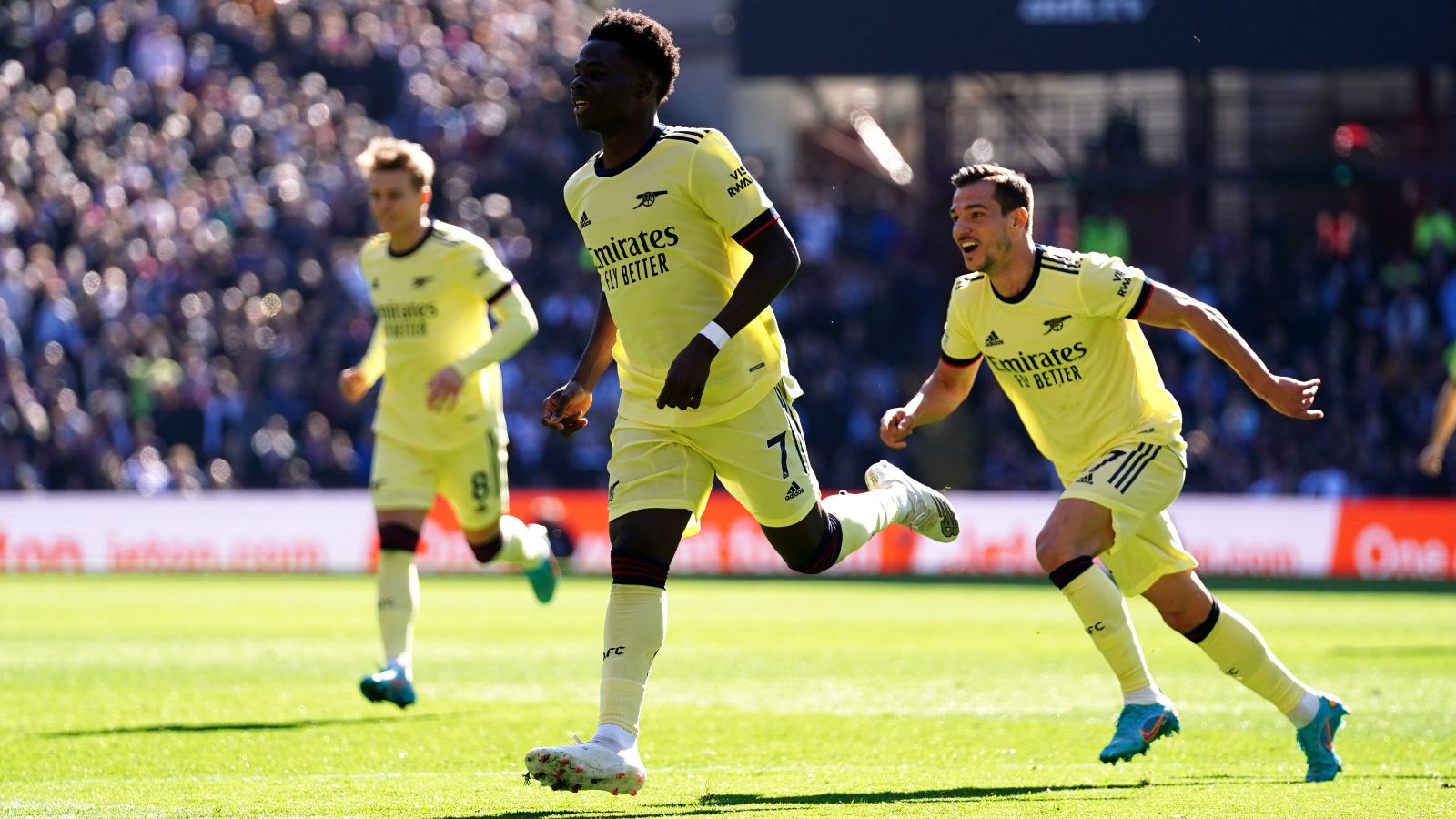 Bukayo Saka continued his fine form by scoring the winning goal as Arsenal got the better of Steven Gerrard’s Aston Villa.

The Englishman’s shot from the edge of the penalty area in the 30th minute was the difference between the sides.

Arsenal are now four points clear of Man Utd with a game in hand. They were completely dominant in the first half.

Improved Arsenal must show they can roll with the punches

Villa improved in the second half and hit a post through Ollie Watkins but they were unable to prevent a second straight defeat.

Bernd Leno was making his first Premier League start since August in the Arsenal goal in place of Aaron Ramsdale, who was out with a hip injury, but was a virtual spectator for the first half an hour.

With Saka and Emile Smith Rowe, who returned in place of the unwell Gabriel Martinelli, heavily involved down the wings, Arsenal created a series of half chances.

Smith Rowe shot over the bar in the third minute, Thomas Partey then sent a tame effort straight at Emiliano Martinez, who was forced into a smart save in the 10th minute when Saka’s cross was guided towards the bottom corner by Villa defender Ezri Konsa.

Smith Rowe and Alexandre Lacazette then got in each other’s way as they both looked to get on the end of another good move.

The breakthrough came after Saka had been fouled on the right. Arsenal took the free-kick short before Cedric Soares crossed it in, Villa failed to clear and Saka guided his shot through a crowd of defenders and past Martinez.

The ball was close to the Villa keeper but he would not have seen it until very late.

Tyrone Mings then picked up a yellow card for catching Saka late with his studs, resulting in a bit of a melee that also saw John McGinn collect a booking.

Villa did not manage a shot in the first half but they finally threatened Leno’s goal just past the hour mark when McGinn sent an effort just wide of the far post from 20 yards.

They came even closer eight minutes later when Watkins twisted and turned inside the box before hitting a shot that was deflected onto the outside of the near post.

Steven Gerrard sent on Bertrand Traore and Leon Bailey for the final 20 minutes, while Saka was replaced by Nicolas Pepe for Arsenal.

Danny Ings then came on for Watkins and he headed over the bar as Villa sought a late equaliser.

Their final chance came in the last minute of injury time when Pepe fouled Douglas Luiz, and Philippe Coutinho at last forced Leno into a save with a free-kick from the corner of the area.