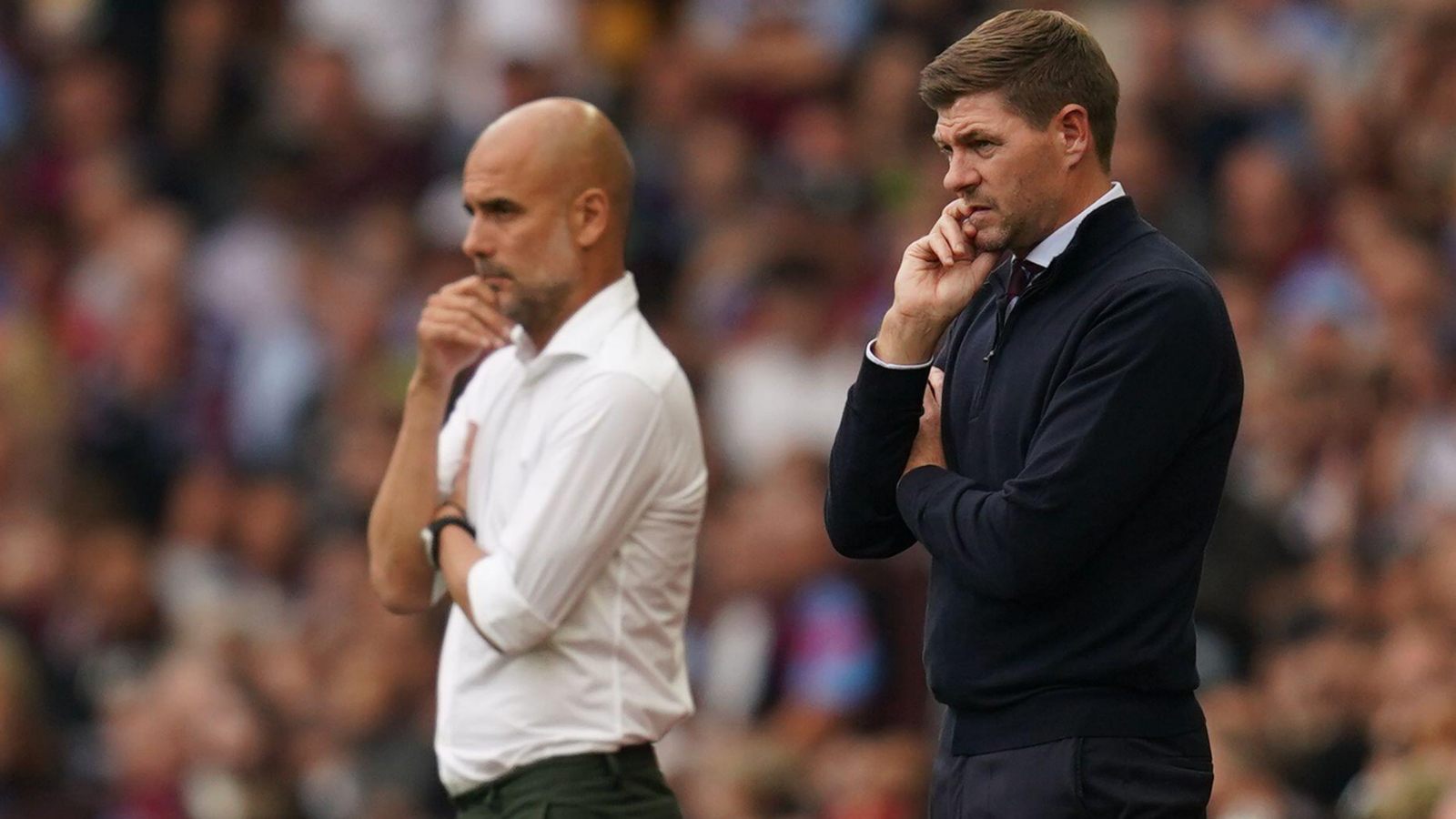 Steven Gerrard reckons Aston Villa were denied a ‘legitimate goal’ in the draw with Man City but the Villans boss was delighted with the character showed by his struggling side.

Erling Haaland became only the second player in Premier League history to reach 10 goals in their first six appearances but City failed to make their dominance count as Leon Bailey secured a much-needed draw for Villa.

Haaland nudged home Kevin De Bruyne’s inch-perfect cross early in the second half and the pair toyed with Villa at times, only for City to be caught cold by Bailey’s fizzing strike.

It ended a three-match losing streak for under-pressure Gerrard, whose side held firm in the first half only to concede five minutes after the restart at Villa Park.

Gerrard felt his side deserved a point after displaying their spirit to halt Pep Guardiola’s side.

He said on Sky Sports: “We have come together today. They have put an incredible amount of effort and application into the game.

“They have followed instructions for the majority of the game – City are always going to have moments, with the quality to open you up at times and we had to ride our luck.

“This is what we wanted out of the game and this is the game plan we gave the boys and they carried it out, so well done to them.”

On his selection tactics, Gerrard added: “Sometimes you have to put more legs in the team, sacrifice certain technical levels when you are up against City, you have to take a bit of space away.

“You have got to have people in your team that when you regain the ball can run forward with power and speed.

“Emi Buendia and Phil Coutinho are different types of player, so we went with Jacob Ramsey, Bailey and Ollie Watkins because we felt we could regain a bit of interest in areas we would have opportunities to go and break in.

“That is the reason we took a few technical players out, we wanted to be a little bit more pragmatic and organised, to take a bit more space away behind us because of Haaland and other players.”

Gerrard continued: “To concede a goal when we did against City, you have got to give credit to the players because they did not sink, they did not go down and feel sorry for themselves.

“I was really happy with the body language and the response.

“We got our rewards and might have got a second goal as well. I have seen a legitimate goal, but obviously I am biased.

“Why not wait and then let other people check whether it is a foul? But he (referee) was desperate on the whistle.”

After a tough run of results, Gerrard is hoping his side can now push on.

“This was all about the team, guts and togetherness,” the Villa boss said. “The message for the players is – listen to the fans reaction. It doesn’t matter if I am proud, it matters if the fans are proud and they certainly were today.”

Gerrard added: “This is not about pointing fingers, this is about what can I do better? Do I need to sacrifice little things that I want to see in the bigger picture to see in the short term?

“Sometimes you have to take the nice bits of your team away to put some blood and thunder in, and fight and passion – and I think we have seen that in abundance today. It helped us that no-one on the outside gave us a glimmer of hope.

“There will be no pats on the back (for me). It is a big draw, but it is a draw and there is tons of work for me to do to get this team back up the table.”