Home All The News Aston Villa 1-3 Man United: Ole’s men fight back again on the road 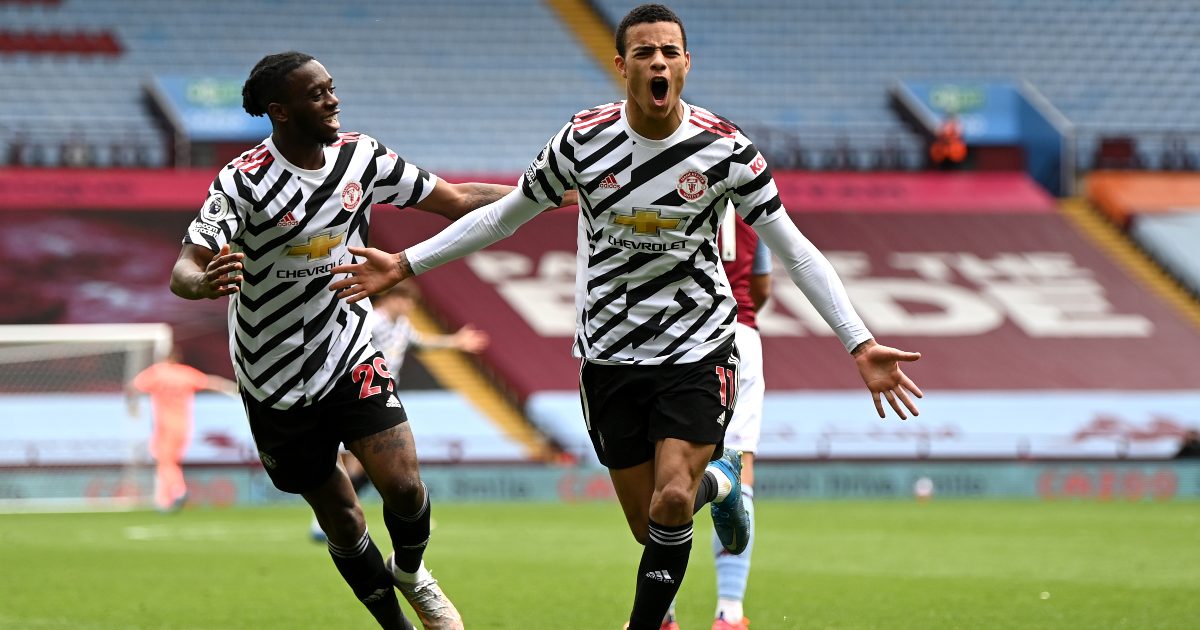 Bruno Fernandes (PEN), Mason Greenwood and Edinson Cavani got on the scoresheet to secure United another three points on the road…

Fresh from sealing their place in the Europa League final against Villarreal, the Red Devils turned their focus to Villa Park as they kicked off an unenviable run of three Premier League matches in five days.

Bertrand Traore’s stunner had Villa dreaming of a first home league victory against United since 1995, but Solskjaer’s side dug deep and secured a 3-1 triumph – a competition record 10th comeback win of the season.

Pep Guardiola’s men had been on course to wrap up a third league title in four years as Villa went into the break leading through Traore’s exceptional effort.

The 19-year-old usurped Wayne Rooney with that 16th goal and veteran Edinson Cavani came off the bench to add gloss on an afternoon that ended with Ollie Watkins being sent off.

The Villa striker picked up a second booking having been adjudged to have dived as United all but sealed a top-four finish.

It was a tougher workout for the visitors than the scoreline suggests as they continued a run of four matches in eight days.

United started brightly enough as Greenwood mishit an attempt across the face of goal before Luke Shaw manoeuvred into the box and stung Emi Martinez’s palms.

But while United had the lion’s share of the early opportunities, Dean Smith’s side were causing a headache with their determination, organisation and pressing.

That intensity forced the visitors into errors punished in style in the 24th minute.

After Greenwood ran into traffic, the ball looped up and Fred played a poor pass to Scott McTominay. John McGinn took the ball and Douglas Luiz played it to Traore, who turned exquisitely, held off Victor Lindelof and hit a superb left-footed strike across Dean Henderson and into the top right-hand corner.

United responded well to the setback but were not causing Villa enough problems, with Traore getting back to prevent Paul Pogba getting away an effort from the edge of the box.

Martinez stopped Rashford and just about got a strong enough hand to a fizzing Greenwood attempt as half-time approached, with Ezri Konsa hacking the rebound clear.

Watkins had a shot saved at the other end just before the break, with United drawing level within seven minutes of the restart.

Luiz’s close attention on Pogba turned into a clumsy challenge, with referee Chris Kavanagh awarding a penalty that Fernandes stepped up to take and coolly send Martinez the wrong way.

Man United had flipped the script by the 56th minute. Greenwood turned Tyrone Mings when collecting an Aaron Wan-Bissaka pass on the edge of the box and struck a low effort beyond Martinez at his near post.

Konsa and Rashford were involved in a shoving match shortly afterwards, with Harry Maguire heading wide from the corner that followed before Henderson saved his skipper’s blushes.

Solskjaer turned to Cavani for the closing stages and the substitute’s first contribution was a timely headed clearance, before Maguire went off in discomfort in the 78th minute.

The defender had been on the cusp of becoming the first outfield player in United’s history to complete 72 consecutive Premier League matches.

United added gloss to the scoreline in the 87th minute as Rashford swung in a cross from the right, with substitute Cavani expertly peeling off to steer home a close-range header.

There was more late drama as striker Watkins was sent off in the 89th minute, having collected a second booking for an apparent dive as goalkeeper Henderson came out.