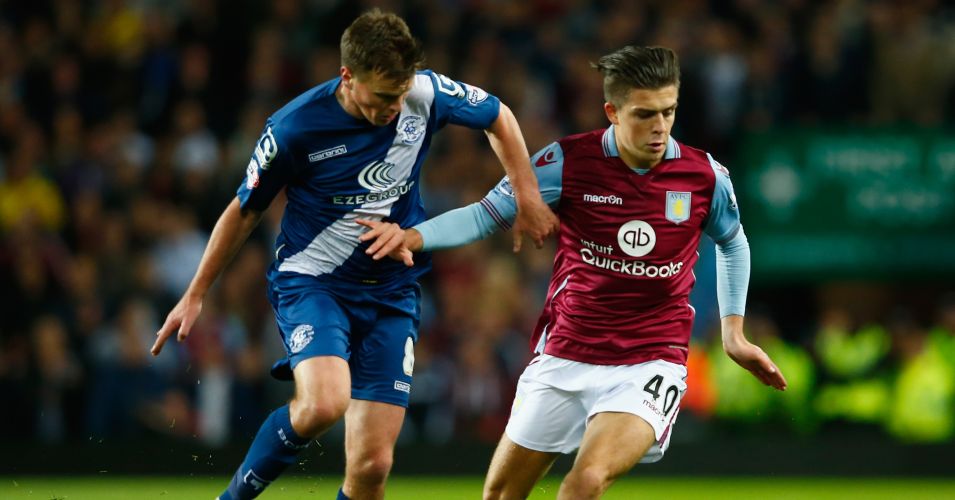 Jack Grealish came off the bench after a dire first-half performance from Aston Villa in the Capital One Cup derby clash with Birmingham and changed the match.

The 20-year-old midfielder was introduced along with Jordan Ayew at the break and Villa were transformed.

It was Grealish who fed left-back Jordan Amavi in the 62nd minute, the left-back delivering an inch-perfect cross for Rudy Gestede, who powered home the only goal of the game to send Villa through.

Sky Bet Championship side Birmingham came closest through Jacques Maghoma and more than matched their hosts until falling behind but could not live with Villa’s renewed energy in the second half.

Maghoma, one of three Birmingham changes, dragged the game’s first chance wide after Clayton Donaldson made a nuisance of himself before the returning David Davis denied Villa after eight minutes.

The midfielder threw himself in front of Gestede, on his first start in almost a month, and then Ashley Westwood in the area but rather than build on the opening Villa wilted.

There was, again, little dynamism following Saturday’s 1-0 defeat to West Brom as the hosts looked to avoid a third straight derby defeat.

Gabby Agbonlahor had scored four goals in his last six games against Blues but has now netted just four in his last 32 outings for Villa, and he was replaced at half time.

The hosts were at least playing to more of his strengths as he worked the channels with Gestede in the middle but the 28-year-old struggled to make an impact.

He drove wide on 29 minutes in his only moment of danger during a subdued outing to underline the hosts’ striking woes.

It would have been a disservice, though, to Birmingham’s organised defence to blame Villa’s inefficiencies on themselves as the visitors’ backline shut them out.

Birmingham were far the more composed and the willing Donaldson remained a menace in contrast to the anonymous Gestede.

Birmingham’s final ball continued to let them down, though, and while Villa lacked urgency and penetration in attack, Tomasz Kuszczak had to claim Scott Sinclair’s angled effort.

Frustrated, the home fans jeered Villa off and Sherwood responded by replacing Joleon Lescott and Agbonlahor, who seemed to pick up a first-half injury, with Grealish and Jordan Ayew.

It gave the hosts much-needed impetus, with Villa Park responding, and Sinclair headed wide seven minutes after the break.

And their improved invention was rewarded after 62 minutes as Gestede grabbed his second of the season.

The striker had failed to make a lasting impact in the first half but brilliantly dispatched Jordan Amavi’s cross into the bottom corner from eight yards.

Villa Park exploded and called for a penalty minutes later when Grealish went down from Kuszczak’s challenge.

Birmingham, for all their efforts, began to falter but Maghoma should have done better than to tamely shoot at Brad Guzan when free in the box with 17 minutes left.

Reinvigorated, Villa searched for the killer second with Grealish and then Jordan Veretout shooting wide in the final 10 minutes.

And Kuszczak denied Ayew a classy second with three minutes left, clawing away the striker’s effort after he jinked into the area.