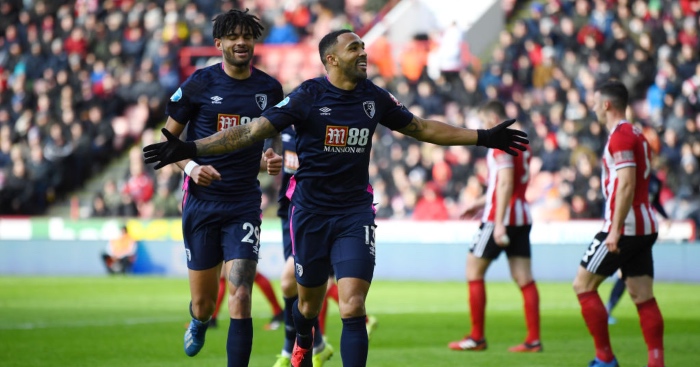 Aston Villa have had an initial bid of around £15 million rejected for Bournemouth striker Callum Wilson, according to reports.

Wilson was an integral member of Bournemouth’s team throughout their five seasons in the Premier League. The forward has scored 40 goals from his 126 outings in the top flight.

Bournemouth’s time in the Premier League came to an end in 2019/20 as they finished 18th. Wilson had another good season in a struggling side, as he netted nine times in all competitions from his 39 appearances.

Villa finished a place and a point above the Cherries last campaign, and now they are looking to snatch away their number one striker.

According to the Guardian, Dean Smith is keen to sign Wilson this summer, and they have seen an opening bid of £15m rejected.

The report adds that Newcastle United are one of the clubs also showing interest, though Villa are the only side to make a bid so far.

The Villans are likely to go back in again for Wilson, and Bournemouth would want nearer to £20m if they are to sell the forward.

Wilson will be eager for a move back to the Premier League to boost his chances of earning a place in Gareth Southgate’s squad for Euro 2021.

Villa struggled for goals last term and they have made signing a new number nine one of their main summer objectives.

They made their first signing of the window on Thursday as Matty Cash joined from Nottm Forest for around £14m.

Wilson is not the only forward Villa are looking at, as they are also considering a move for Brentford’s Ollie Watkins.