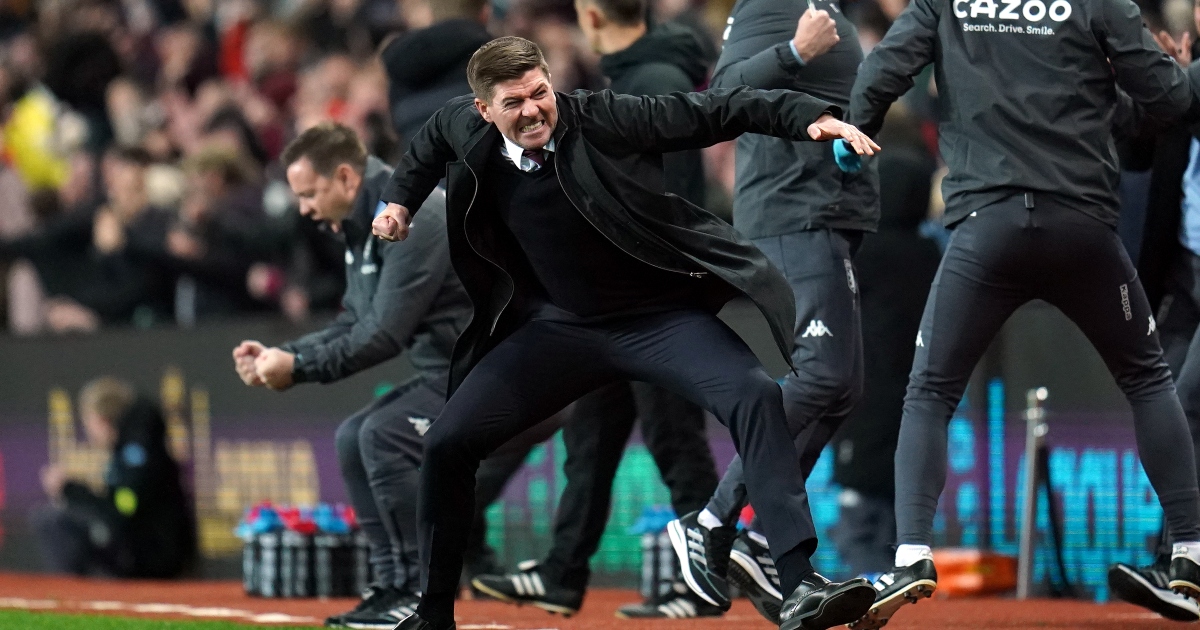 Steven Gerrard got off to a winning start as Aston Villa boss as his side left it late to beat Graham Potter’s Brighton.

It saw Gerrard become the first Villa manager to win his first Premier League game in charge since John Gregory in February 1998, and immediately put a four-point gap between Villa and the relegation places.

Danny Ings and Jacob Ramsey returned to the Villa team as Gerrard made three changes, with Ezri Konsa also recalled after suspension.

Brighton made four changes as Jason Steele replaced the suspended Robert Sanchez in goal, with Adam Webster, Pascal Gross and Jakub Moder also back in the side.

Gerrard and his team emerged from the tunnel to a rousing reception and Villa responded early on with a bright start to the match.

Following a spell of pressure, which included a couple of corners, Matty Cash forced Steele to make a fine block against his post after getting his head on the end of Matt Targett’s deep cross.

Brighton could not get out of their own half for a time but they weathered the storm and threatened themselves just after the half-hour mark when Emi Martinez stood up bravely to repel Leandro Trossard’s driven strike from the angle.

Martinez was worked again before the break, making a fine save with his right hand to deny Tariq Lamptey when he looked second best to do so.

Villa were bright once again at the start of the second half and only a superb save from Steele to keep out Mings’ header denied the hosts the lead.

Once more, however, Brighton were able to take the sting out of the game and the Villa faithful were beginning to get restless.

Gerrard introduced Leon Bailey and Ashley Young and that gave both the stadium and team a lift.

It was excellent play by Young that brought the opening goal. There was still plenty for Watkins to do but he cut inside from the left, before steadying himself on the edge of the box and curling a fine shot into the top corner of the net.

Victory was assured two minutes from time when McGinn’s pass for Watkins was intercepted and Mings smashed home the loose ball.

It could have been three in injury time but Steele made another fine stop to thwart Bailey.