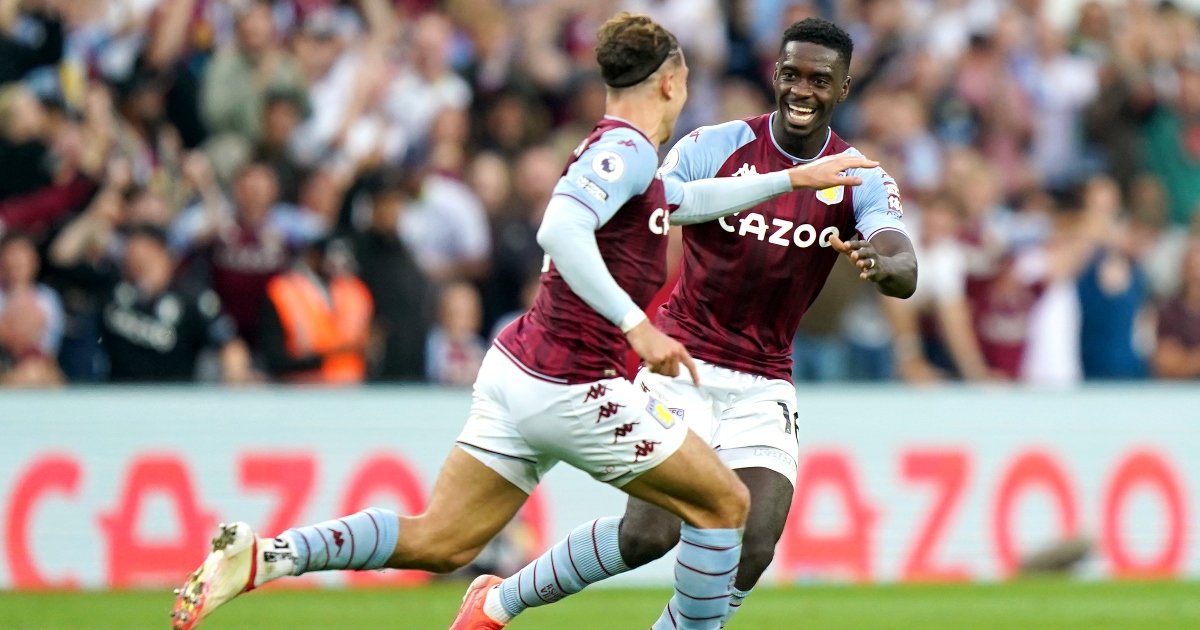 Three Aston Villa goals in the second-half downed Everton as the Villans ran riot to grab a 3-0 home win on Saturday evening.

They scored three times in nine minutes with Matty Cash, Lucas Digne’s own goal and Leon Bailey easing them to victory at Villa Park.

The hosts could even afford the luxury of keeping record buy Emi Buendia on the bench after he arrived back from Croatia, where he had been training to avoid quarantining following international duty with Argentina, just hours before.

It helped highlight the lack of depth at Everton, who could only name eight substitutes, as they crashed to a first defeat under Rafa Benitez.

The Toffees remain fifth, with Villa climbing to 10th, in the early Premier League table.

Benitez was already without the sidelined Dominic Calvert-Lewin and a shoulder injury also robbed him of Jordan Pickford while Richarlison was out after suffering an ankle injury against Burnley.

It meant Salomon Rondon was given his first Toffees start and the striker glanced over early before Asmir Begovic, in for Pickford, produced a stunning stop.

Tyrone Mings met Douglas Luiz’s corner with a slick glancing header but was denied by Begovic’s brilliant one-handed reaction save.

Villa found plenty of early joy and Danny Ings volleyed over after a neat free-kick routine but still lacked the final pass to really open Everton up.

The Toffees relied on Demarai Gray’s threat on the flanks and the former Birmingham winger almost presented Rondon with a tap in, only for the stretching striker to just fail to make contact.

Villa continued to threaten, even if they were missing serious substance, and Ben Godfrey’s slip let Ollie Watkins in to find John McGinn to curl wide.

The Scotland international was then withdrawn five minutes before the break as Villa used their concussion substitute with the midfielder having received a blow to the head earlier.

Mings’ header aside there had been few clear openings for either side but Villa remained sharper than Everton after the break.

The struggle to find the opener continued though as the resolute visitors initially remained relatively untroubled early in the second half.

They even managed to create a couple of chances when Emi Martinez – thrown straight in after arriving back with Buendia – easily collected Alex Iwobi’s weak effort and Gray curled wide.

But Villa took total control with three goals in nine minutes as Digne suffered a personal nightmare and Everton collapsed.

First, with 24 minutes left, the defender was beaten to Ezri Konsa’s pass by Cash and the right back cut inside to fire high past Begovic for his first Villa goal.

Then Everton’s skipper glanced Bailey’s corner into his own net to double Villa’s lead.

Jacob Ramsey shot wide but worse was to come for the Toffees with 15 minutes left when Ings picked out Bailey on the left and the Jamaica international raced through to blast past Begovic.