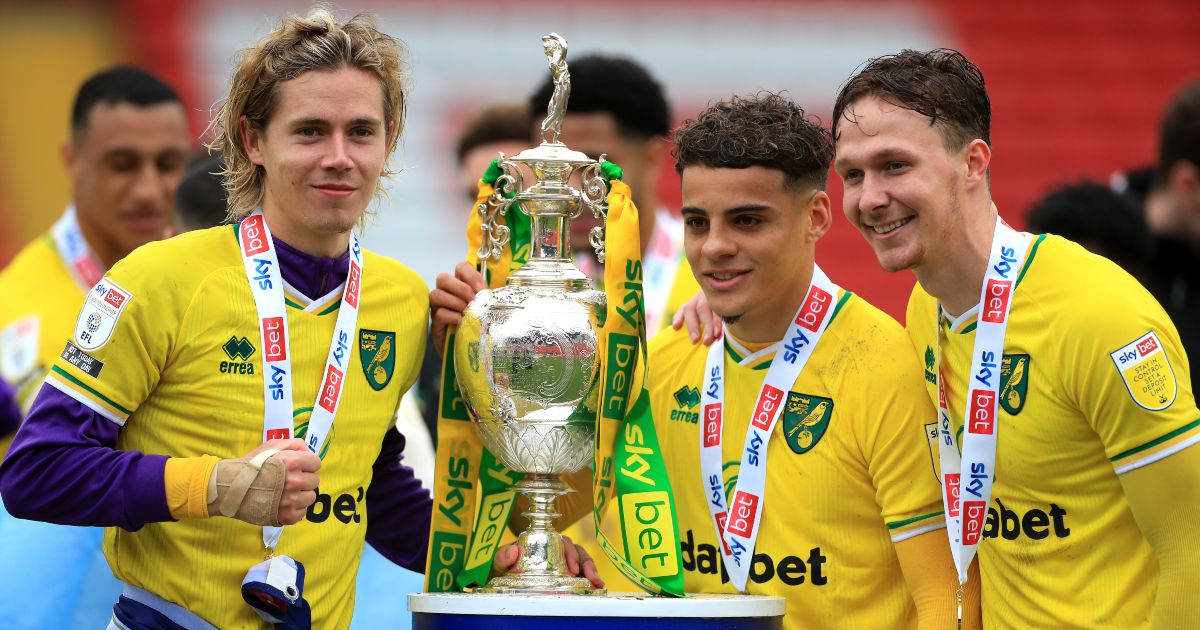 Premier League side Aston Villa are closing in on the signing of Norwich City midfielder Todd Cantwell, according to reports.

It had looked like Villa would keep banging down the door in an attempt to sign Arsenal midfielder Emile Smith Rowe at one point this month.

But the Gunners rejected two offers from their Premier League rivals and now look set to renew Smith Rowe’s contract at the Emirates Stadium.

Aston Villa have already secured two transfers this summer in the form of Emiliano Buendia from Norwich and Ashley Young – who played for Inter Milan last season – on a free transfer.

And now Football Insider claim the Villans are moving on from Smith Rowe and ready to raid the Canaries again with the club ‘in advanced talks to sign’ Cantwell.

The former England under-21 international is now the subject of Villa’s ‘second big-money capture from Carrow Road this summer’ with a source telling Football Insider that ‘negotiations with Norwich over the transfer of Cantwell are progressing well and there is growing confidence a deal can be done.’

That news comes as Aston Villa ‘simultaneously work on signing’ Leon Bailey from Bayer Leverkusen with another report today claiming the Premier League outfit see him ‘as an attainable target and are preparing an approach to his Bundesliga club’.

Norwich would ideally want to keep Cantwell but ‘are not well placed’ after he ‘entered the final year of his contract and has rebuffed attempts to extend it’.

Hutton told Football Insider: “He’s in the last year of his contract, and he’s been an amazing servant.

“However, the time is probably right for him to move on. I can’t see it being a loan deal since he has just one year left, Villa will be looking to sell him on.

“He deserves to be playing for a top-end Championship side, he’s got the ability to play at that level – and higher.

“Sheffield United would be a good move, he’s definitely got that captain mentality. They’ve obviously lost [John] Lundstram as well to Rangers, so there’s a void left for Conor. Sheffield United are the sort of team he can settle into and thrive at.”