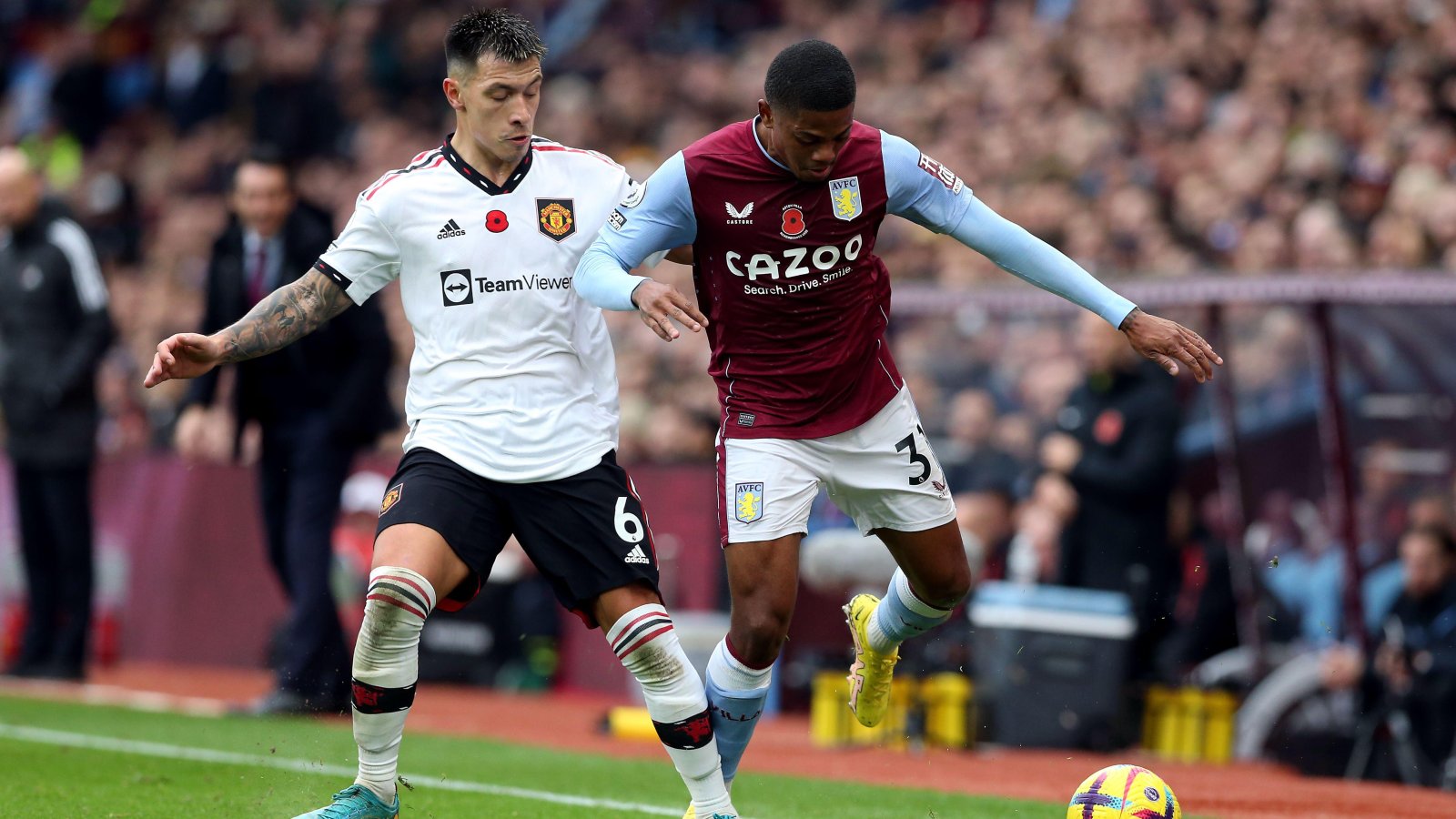 Aston Villa winger Leon Bailey was annoyed that the referee in their 3-1 victory over Man Utd on Sunday missed two elbows to his ribs.

The Jamaica international scored his third goal of the Premier League season after just seven minutes against the Red Devils to point Villa on their way to victory.

Lucas Digne’s brilliant free-kick extended Villa’s lead before a Jacob Ramsey own-goal got Man Utd back into the fixture.

Ramsey made amends with a goal shortly after the half-time interval to make it 3-1 and give new Aston Villa boss Unai Emery a victory in his first match in charge of the club.

However, there was a bit of needle on the hour mark when Bailey was seen rolling around the floor in pain after taking two elbows to the stomach in quick succession.

Man Utd centre-back Martinez escaped punishment over the incident and Bailey took to social media to complain about the officiating.

Bailey wrote on Twitter: “Very disappointed in the referees today, I couldn’t breathe for a second after getting elbowed twice in my rib.

“The linesman went on to say I shouldn’t be saying anything because I was doing just the same thing to Martinez.

“Sometimes I don’t understand why we got VAR. SMH.”

That was a fourth loss of the season for Man Utd in a largely encouraging start from Erik ten Hag and Dalot insists the result against Villa won’t knock them off course.

Speaking on MUTV, Dalot said: “It doesn’t change our mentality of what we have been doing for the last few games. It’s been really good.

“This will not erase what we are doing but obviously it’s a step back and we have to look at it as a lesson and then try to do it better in the next game.

“We have another opportunity on Thursday and it’s a competition that we want to get through.”

The Portuguese right-back hopes Man Utd can learn lessons from the defeat, Dalot added: “Obviously disappointed (in the dressing room). We knew that today was going to be a difficult game.

“But I think we didn’t start the way that we wanted the first 10 minutes and especially the first five minutes of the second half. I think it was decisive for them.

“It’s a lesson for us, for the next games. We have to start much quicker, much sharper and obviously disappointed because we wanted to win.”