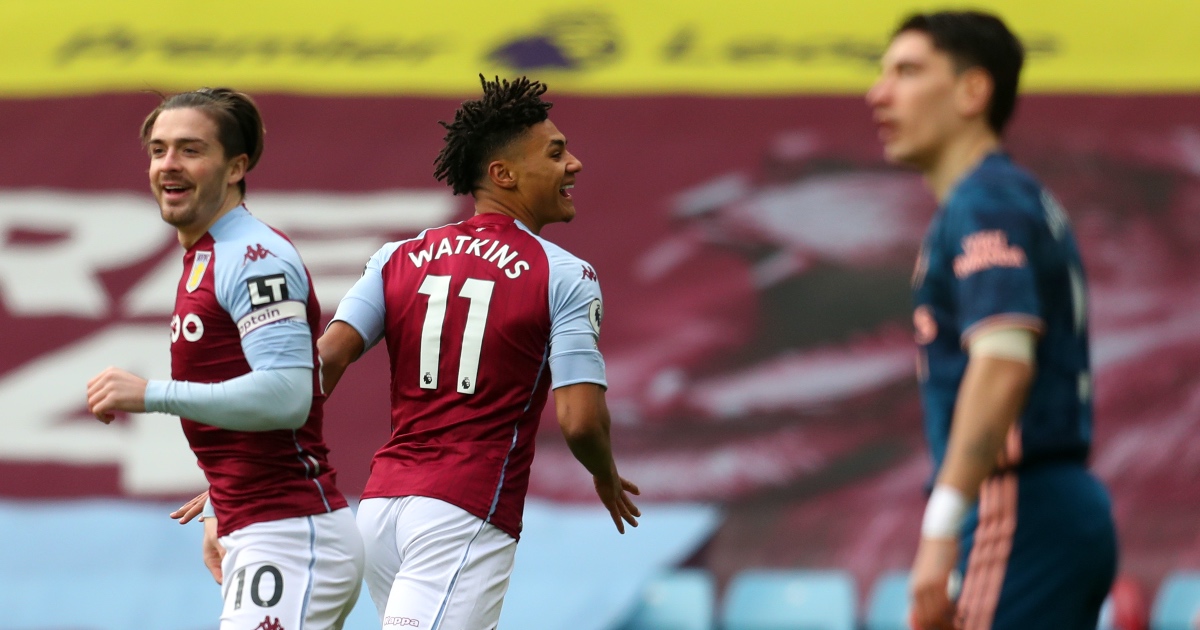 Watkins put Aston Villa ahead in the second minute with a deflected shot past Arsenal debutant Mat Ryan.

Former Gunners keeper Emiliano Martinez made good saves to keep out a Granit Xhaka free-kick in the first half and a Nicolas Pepe effort after the break.

Ryan also pulled off some decent stops, including denying Jack Grealish as Aston Villa pushed for a second goal late in the game.

At the other end, substitute Martin Odegaard fired a good chance over the bar as Arsenal slipped to another loss, four days on from the 2-1 reverse at Wolves.

Ryan, signed on loan from Brighton last month, and defender Gabriel Magalhaes came into the Arsenal starting XI as replacements for Bernd Leno and David Luiz, who were both suspended following their red cards in the Wolves game.

And just seconds into his debut, the Australian goalkeeper found himself beaten as Bertrand Traore seized on a loose ball from Cedric Soares and laid a pass to Watkins, whose shot went in off Rob Holding.

It was a 10th league goal of the season for Watkins, and his fourth in five games.

As the visitors searched for a reply, Martinez, who left Arsenal to join Villa in September, did well to come out and grab the ball before Bukayo Saka could shoot.

And the Argentinian then produced a fine save to push Xhaka’s curling free-kick over the bar.

Holding subsequently sent two headers off target, either side of Traore having a flicked effort blocked by Ryan, and Pepe blasted a shot wide of the Villa goal just before the break.

Villa started the second half brightly, with Ross Barkley and Watkins bringing saves out of Ryan.

Barkley then put a shot into the side-netting and John McGinn tried his luck from outside the box, with Ryan pushing the ball away.

Martinez claimed a strike from Hector Bellerin, before Mikel Arteta opted to bring on Pierre-Emerick Aubameyang for Alexandre Lacazette and then Odegaard for Soares.

Aubameyang subsequently sent a tame header wide, and Martinez kept out a Pepe shot with his foot as Arsenal’s frustration continued.

Villa then threatened to double their advantage, with Grealish seeing a shot well saved by Ryan and Watkins sending one just wide.

Odegaard failed to make the most of a good chance in the 84th minute as he swept the ball over the bar, and Watkins was then thwarted by Ryan once again.