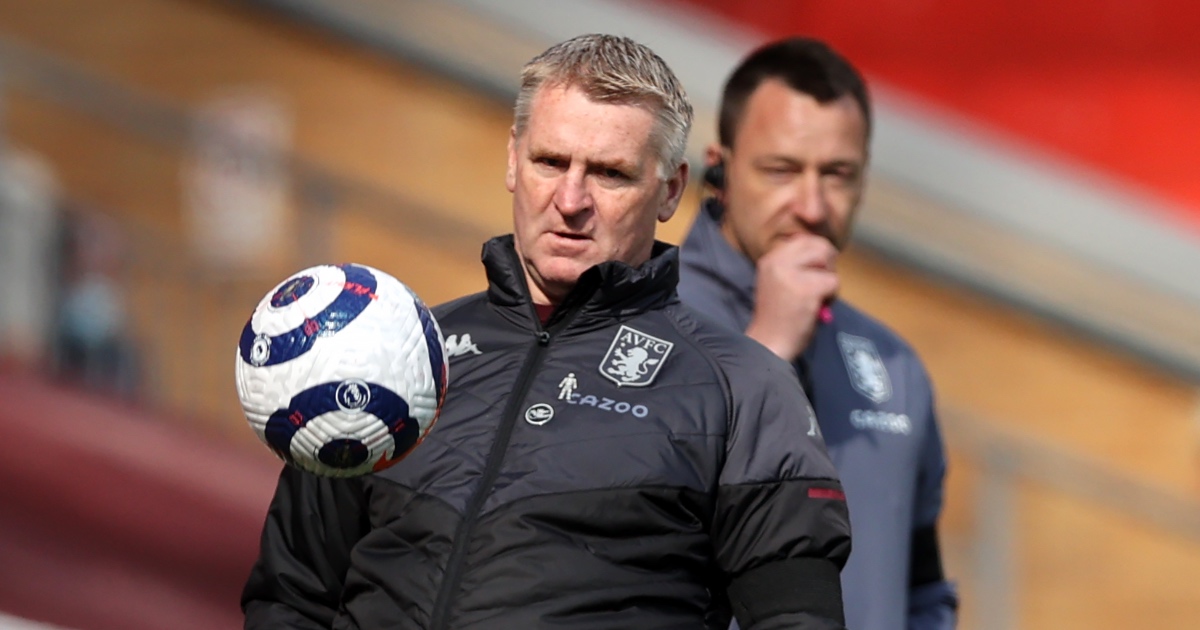 Dean Smith has warned his Aston Villa side to be wary when they come up against Manchester City on Wednesday.

They host Pep Guardiola’s league leaders in the first game since their FA Cup semi-final defeat to Chelsea.

Hakim Ziyech scored the only goal at Wembley as the Blues ended City’s quadruple hopes.

Smith is expecting City to be wounded when they travel to Villa Park.

Speaking at the pre-match press conference, he said: “The fact they got beaten by Chelsea which stopped the history-making quadruple means they will be smarting.

“Pep will be, he is a winner and he will want to win this game against us and then go with a winning mentality into the Carabao Cup final.

“We have to match them in leg work, we have to work extremely hard, they are very good with or without the football.

“I went to the semi-final and I thought Chelsea were excellent against them. They restricted them to a few chances and if you can do that then, with the ball, you can get chances against them, it’s hard but we’ve seen it.

“All teams have some kind of weakness, it’s up to you to find them. We have a belief in what we do and hopefully we can go and play a good competitive game against what I believe is one of the best teams in Europe, if not the world.”

City have the chance to rectify their FA Cup defeat slightly when they play in the Carabao Cup final.

They take on Spurs on Sunday afternoon at Wembley. The north London side will be managed by interim coach Ryan Mason after the departure of Jose Mourinho.

Speaking about his skipper, Smith added: “I did say it would be a few weeks before we got him back out again. We are still waiting for him to get back out on the grass. He is itching to get in and we want him back.

“I don’t know [when he will return], I’m hoping it’ll be in the next few weeks. He is pain free now but we don’t want to take the risk of making it angry again, which we did last time when he pushed to come back a little too quickly.”