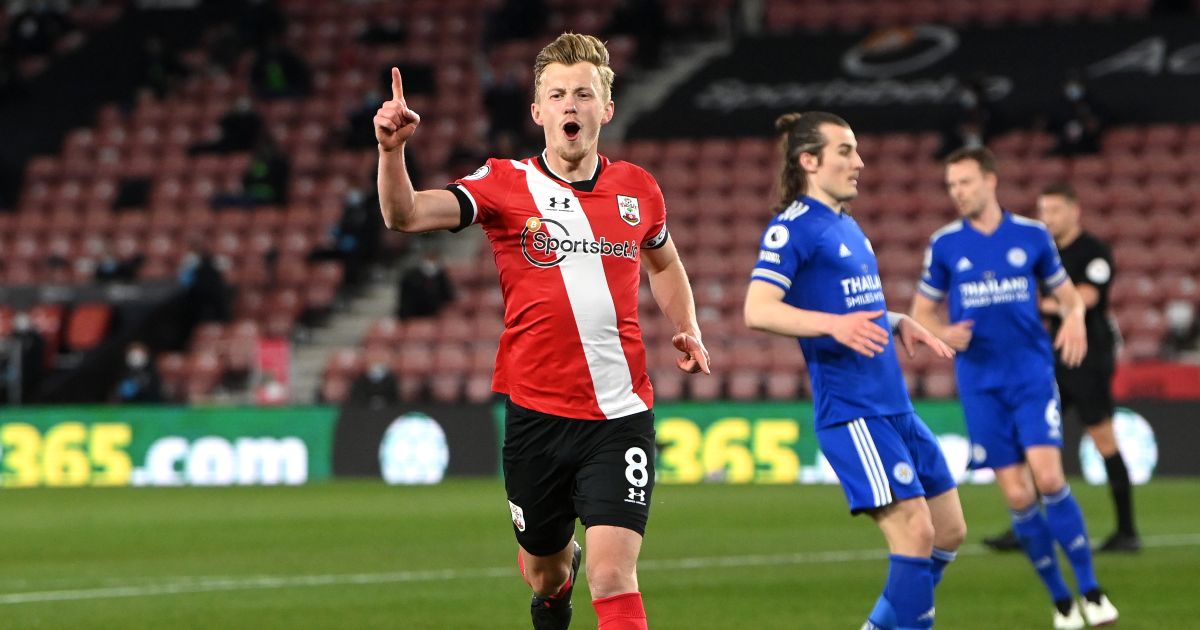 Aston Villa are reportedly ready to pursue a deal for Southampton midfielder James Ward-Prowse after agreeing a fee to bring Emiliano Buendia to the club.

Widespread reports on Saturday confirmed that Villa had agreed a fee to sign Buendia this summer with one report claiming the Argentine is now ‘one step away’ from signing.

The fee for Buendia will be around £30m as they beat off competition from fellow Premier League side Arsenal for his signature.

And now The Guardian claims Villa will now ‘make a move for Southampton’s James Ward-Prowse, a day after agreeing a club-record’ deal for Buendia.

‘Villa are understood to be keen to bolster their midfield and Ward-Prowse’s set-piece prowess, in particular, would boost their attacking armoury.

‘That would prove especially useful if opponents continue to bring down Jack Grealish, who has been the most fouled player in the Premier League for each of the last two seasons – despite missing 12 league matches with a shin injury last season.’

When asked whether Villa had to be clever with transfers this summer, Smith told reporters recently: “I’m not sure whether (signings) will be bargains because everybody overvalues their players, that’s normal. I think there has certainly been a pinch in the EFL.

“There have been no supporters and that is a big revenue generator for them, whereas obviously the Premier League get a massive slice of the television money.

“We’re always looking for targets and hoping we can go and grab bargains, that’s what we’ll be hoping to do.

“We’ve got a shopping list and we’ll try to invest wisely. We proved last season with the ones we got in – such as Ollie Watkins, Emi Martinez, Betrand Traoré and Matt Cash – that we were quite astute. Hopefully we can do more of the same.

“We feel we have a good squad in place. Going back again, we had 13 new signings that first summer heading into the Premier League. That is too many if you want to be successful.

“We had four new permanent signings at the start of this season and Ross Barkley on loan. We thought that help us progress again.

“We feel again let’s go and get quality over quantity this year. We dropped off massively when Jack came out of the team in terms of our creativity, so we know that is an area we must improve on to help Jack when is playing or if he has to miss a game or two.”