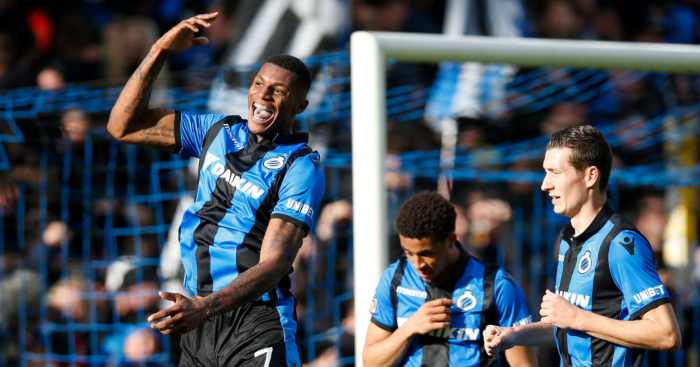 Aston Villa have confirmed the signing of Brazilian striker Wesley Moraes for a club-record fee, believed to be worth around £22million.

A deal for the 22-year-old was agreed last month with Club Brugge and formalities of the transfer are now complete after he was granted a work permit.

Moraes is set to join up with Dean Smith’s squad as they prepare for life back in the Premier League following promotion via the play-offs.

Villa have already brought in the likes of Jota, Anwar El Ghazi, Kortney Hause and Matt Targett as the midlands club reshape the squad.

Moraes, who scored 14 goals for the Belgian side last season, is confident he can make an impact in the English top flight.

“I was very happy when I heard that Aston Villa were interested in me – and for a record fee,” the Brazilian told Villa club media.

“I’m just hoping that now I’ll be able to show why out on the pitch.

“I’m hoping to settle in quickly so I can help the team win trophies and rise up the table.

“For me the Premier League is a real stage – a great division. I’m hoping I can adapt quickly and show what I’ve got to offer.”

Moraes added: “You’re going to see a lot of power and a lot of quality.

“I’m really happy to have the chance to play in the Premier League and I’m hoping to play well and score lots of goals, to help Aston Villa as best as I can.”