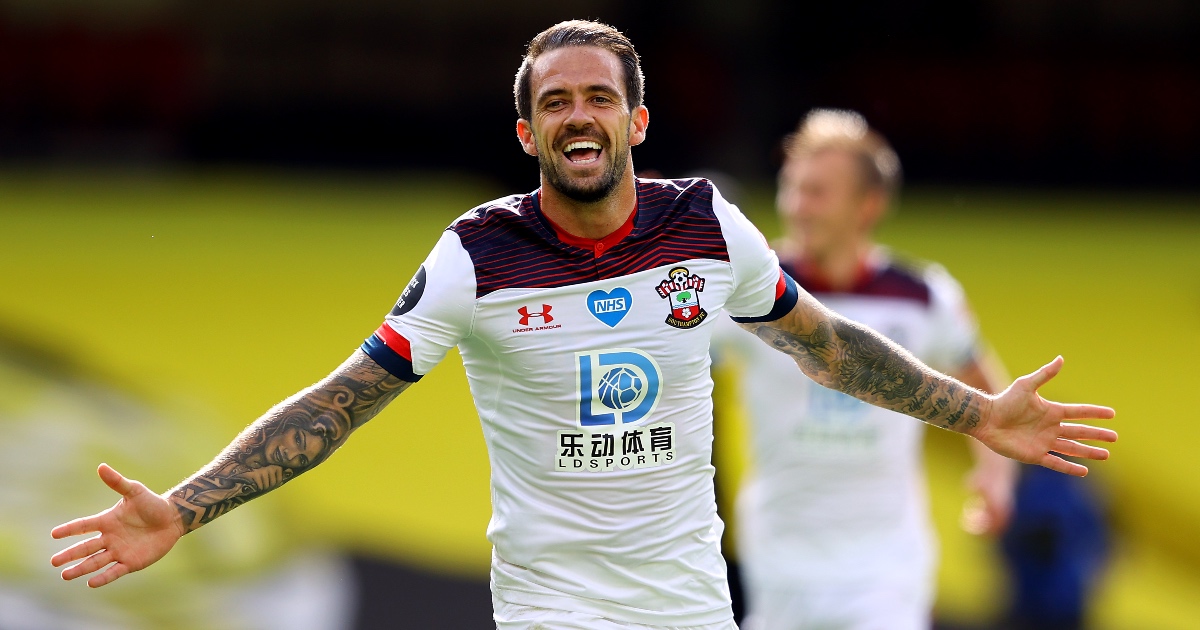 Aston Villa have announced the signing of Danny Ings from Southampton for an undisclosed fee, believed to be in the region of £30million.

The 29-year-old recently entered the final 12 months of his contract at St Mary’s and was a rumoured target of Manchester City.

But Villa have won the race for his signature and tied him down to a three-year deal.

Speaking about the transfer, Villa boss Dean Smith said: “Danny is an outstanding Premier League footballer who has scored goals wherever he has played.

“He is also a top professional with a great character who will be a leader in our squad and a role model for our rapidly developing young academy players who are now in and around the first team.

“I am delighted to welcome Danny to our great club.”

Ings has scored 101 goals at senior level, including 46 in 100 appearances for the Saints.

He’s struggled with injuries in the past, although he’s only missed nine Premier League games in the last two campaigns.

The Jamaican international has signed a four-year contract at Villa Park and will cost around £30million.

“It’s a great club with a big history and it’s the right step for me,” Bailey said. “I’m excited to get started.

“It’s always been somewhere that I’ve wanted to play. I feel like now is the right time and I’m excited about it.

“Hopefully I can do what I do best and have a great season in the Premier League.”

The two signings will help Villa prepare for the potential departure of skipper Jack Grealish.

The England international is close to joining City in a £100million deal.

That would represent a British record transfer fee, beating the £89m Manchester United spent to re-sign Paul Pogba in August 2016.

Grealish recently returned to Villa training after a period of time off following Euro 2020.

It’s believed City have been in talks with Villa over his availability throughout the summer, before launching an official bid last week.