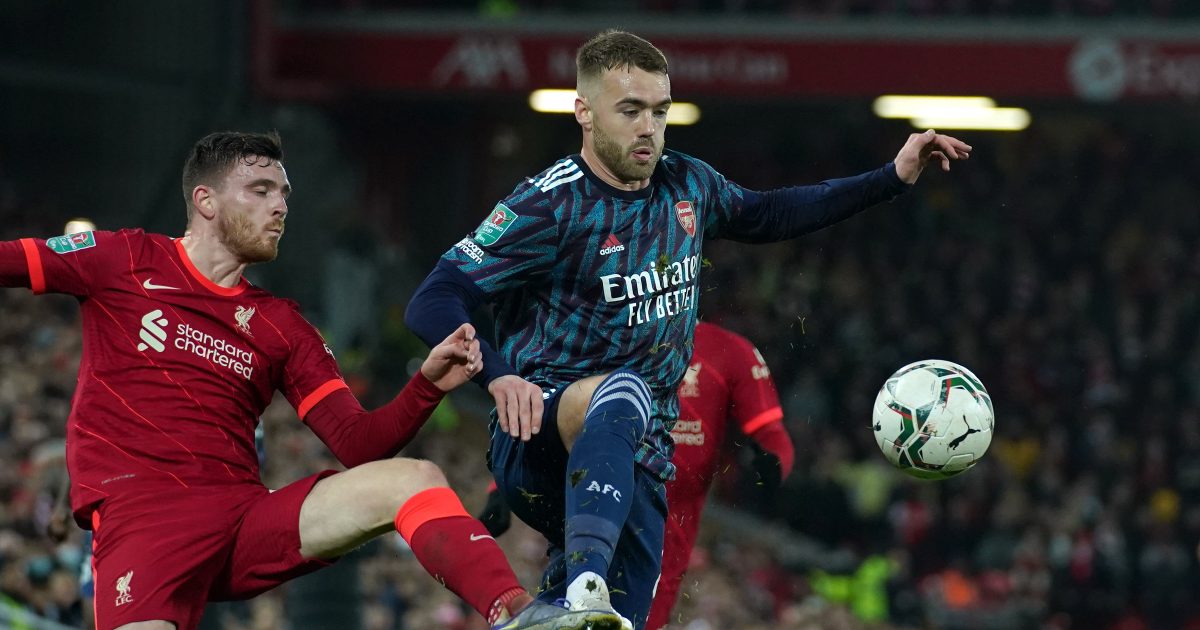 Aston Villa have sealed their fifth signing of the January transfer window as they have brought in Calum Chambers from Arsenal.

The versatile defender has penned a three and a half deal that expires at the end of the 2024/25 season.

Chambers made 122 appearances for Arsenal after joining from Southampton in 2014, also spending time on loan at Middlesbrough and Fulham.

He has struggled for game time this season following the arrival of Ben White, restricted to five appearances, only two of them in the Premier League, but is hoping for a fresh start with Villa.

“It’s a massive club and they’re in a great moment at this moment in time,” Chambers said on the club website.

“It’s a very exciting place to be and everyone can see that from the outside. Things are happening here and it’s definitely moving in the right direction.

“For me, it was a no-brainer to join a great club. It was the right thing for me to do.”

Villa have moved up to 11th in the Premier League table since the arrival of Gerrard, who has won five of his 11 games in charge.

“The manager did very well at Rangers,” Chambers added. “He’s a young, exciting manager and I can’t wait to work with him.

“It’s a great stage to be joining the club at. The club’s building momentum and it’s an exciting time to be here.”