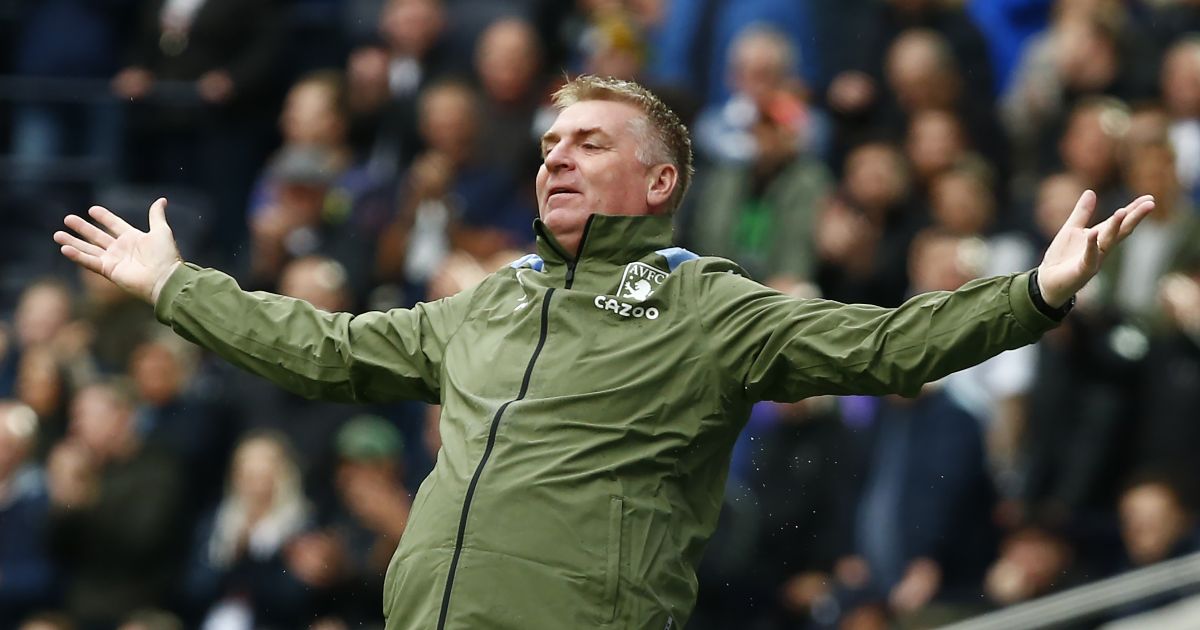 Aston Villa boss Dean Smith denied fellow Premier League side Arsenal are in crisis as he plots to end their unbeaten run.

Villa go to the Emirates on Friday aiming to recover from blowing a 2-0 lead to lose 3-2 to Wolves last weekend.

The Gunners are unbeaten in their last five Premier League games and sit 12th, a point and a place above Villa having lost their opening three games.

Smith said: “People were saying they were in crisis after the first three matches of the season and that was with a Covid-19 outbreak in their camp for the first game and games against the league champions and European champions.

“They’ve come back as we all suspected they would. They’ve drawn the last couple of games, so we can take some heart in that.

“We can also take some heart from what we’ve done in the last month in our last four or five games. They’re the ones that I have to judge us by in terms of our performances.”

“It wasn’t a collapse. We had to defend a couple of soft free-kicks and corners and we won the first contact on most,” Smith added.

“Sometimes there’s a randomness in football that can happen. After the second goal, we were the team that looked likely to score the winner.”

Matty Cash is fit after coming off against Wolves with a dead leg while Leon Bailey (hamstring), Bertrand Traore (hamstring) and Keinan Davis are all in contention having returned to training.

Smith also celebrated three years in charge of Villa this week having taken them back to the Premier League in 2019.

Smith: “I don’t think we’ve deserved to lose four games, we have had some really good performances, so we will keep working on being a consistent team.”

That’s all for now, the full presser will be available on our membership platform and VillaTV this afternoon. 🟣 #ARSAVL pic.twitter.com/XCP5kA4T72

He said: “There has been progress from the club. I’m not just going to pat myself on the back. We have had unbelievable support from owners and from above.

“Look at our squad now, it’s a squad which should finish in the top half of the league and I’m pleased with the progress we have all made on this journey.”