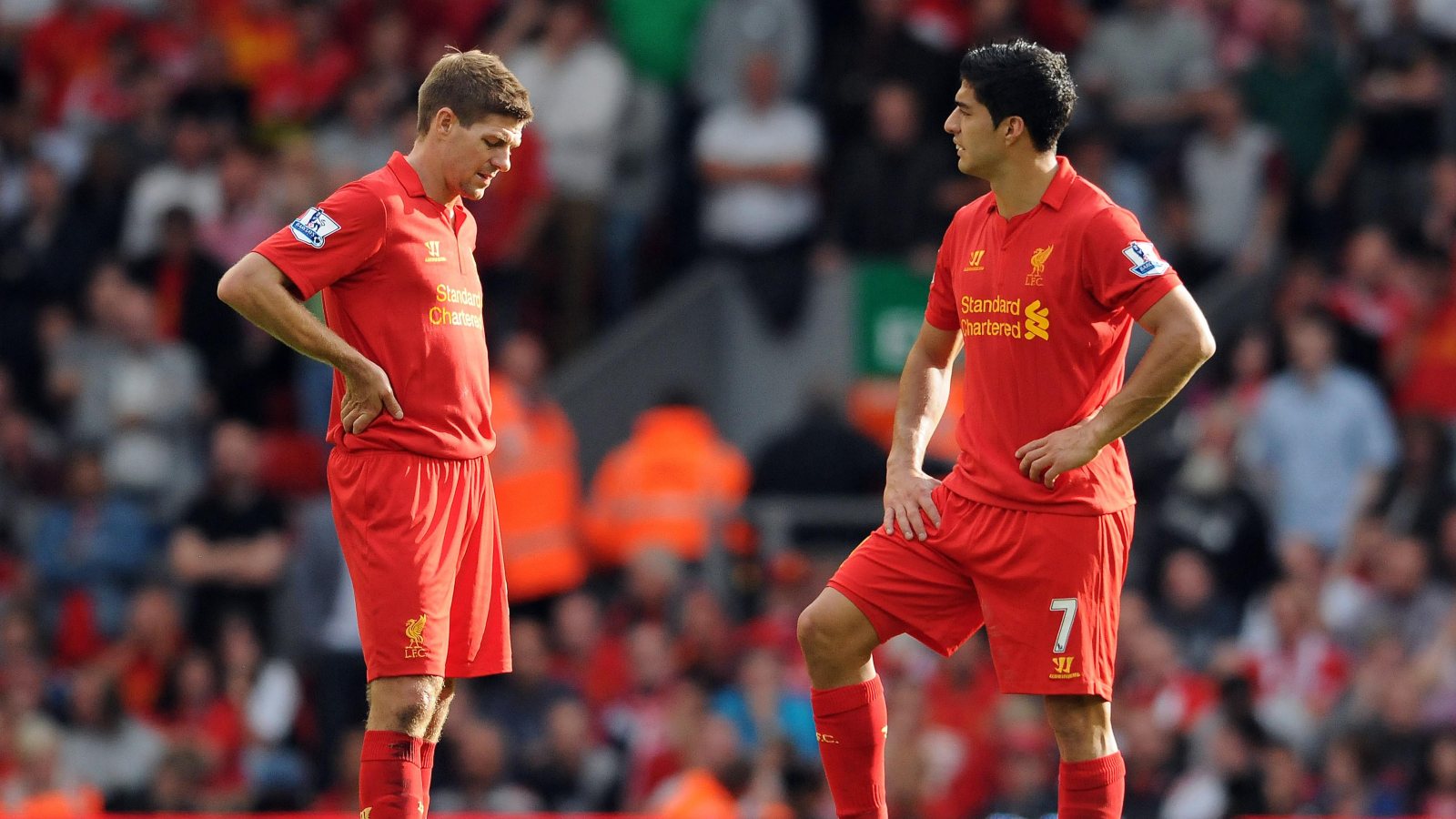 Aston Villa are exploring the possibility of signing former Liverpool forward Luis Suarez, who is a free agent this summer.

Suarez played with Aston Villa boss Steven Gerrard at Liverpool as is not the first former teammate to be linked with Villa Park.

One of Suarez and Gerrard’s former Liverpool teammates, Phillippe Coutinho, has joined Villa on a permanent deal this month after initially joining on loan in January.

The trio played in the Brendan Rodgers side that fell narrowly short of winning the Premier League in 2014 and could be set to reunite this summer.

That’s according to The Telegraph who are reporting that Villa are looking into a potential deal for the Uruguayan forward this summer.

The 35-year-old will leave Atletico Madrid at the end of next month after falling out of favour under Diego Simeone and failing to secure a new deal with the Spanish side.

He is reportedly keen to keep playing in one of the top leagues around Europe and a move to Villa Park could give him that opportunity.

Villa have already looked to build on what was a disappointing season with the signing’s of Coutinho, Marseille midfielder Boubacar Kamara and Sevilla’s Diego Carlos.

If Suarez was to join Villa, that would put increasing pressure on them to deliver under Gerrard next season but the Uruguayan does have an impressive history of doing just that.

Having left Liverpool in 2014, he joined Barcelona and helped them to four La Liga titles, four Copa del Rey victories and the Champions League in 2015.

At Barcelona he scored 198 goals in just 283 games before he departed to join La Liga rivals Atletico in 2020.

In his first season with Simeone’s side, Suarez helped them claim an unlikely title and he now looks et for one final challenge.

Whether that will be at Villa, it remains to be seen, however, if the midlands club are targeting Suarez, it shows there aims for next seasons are high.