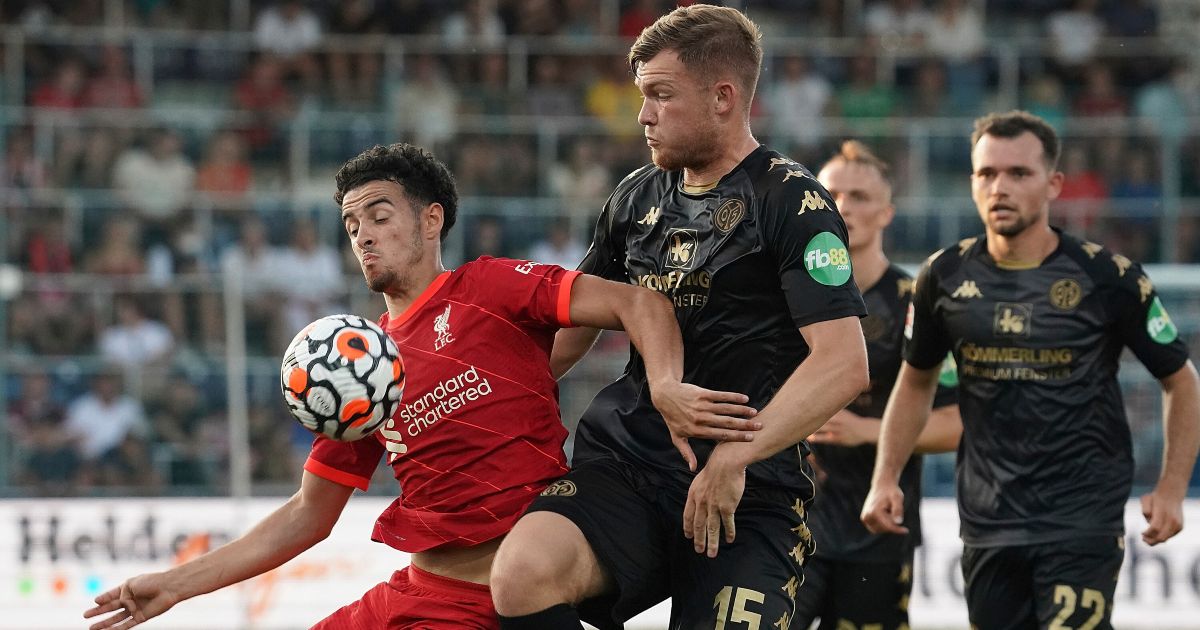 Aston Villa are looking into the possibility of signing Liverpool midfielder Curtis Jones before the transfer deadline, according to reports.

And last term he really made his mark, playing in 34 matches for Jurgen Klopp’s side and scoring four goals in the process.

Villa have already spent £90m on the permanent signings of Emiliano Buendia, Danny Ings and Leon Baily – but The Sun claims they are not done yet.

The west Midlands club ‘remain in the market’ this summer and they could make a ‘shock £15m transfer’ for Jones before the end of the window.

They are ‘ready to sound out Liverpool about buying’ Jones and will ‘try their luck with an enquiry’ before going in with a bid of ‘around £15m’.

Jones still has four years left on his contract, which expires in 2025, and The Sun adds that he ‘would still see his future on Merseyside’.

Meanwhile, Harvey Elliott admitted that the mood in the Liverpool changing room was a “bit down” after their 1-1 draw against Chelsea on Saturday.

“It just wasn’t our day,” Elliott told the club website. “We tried what we could, gave it 100 per cent and unfortunately we came away with the draw.

“I think the mood in the changing room is a bit down because obviously we wanted to come away with the win against 10 men.

“Chelsea obviously are a top-class side, they fought until the very end and were hard to break down, so you’ve got to give them credit.

“It wasn’t really our day. We’ll reflect and go again against Leeds.”

On getting another opportunity to impress, Elliott added: “I just take every opportunity in my stride.

“Obviously 10 minutes against Norwich, then my first start against Burnley, so (I’m) just taking it bit by bit, just grateful for all the opportunities I’ve been given.

“I’m just thankful for the coaching staff and for the team for believing in me and giving me these opportunities.

“It’s every boy’s dream to play in front of this crowd at Anfield and to put on this red strip. I just want to give 100 per cent to the club, I just want to play for the club and just run my socks off until I can’t run any more, to be honest.”