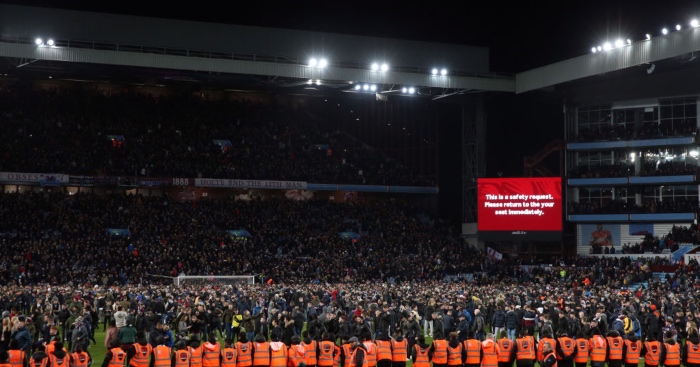 Aston Villa are set to face an FA investigation after fans invaded the pitch following their 3-2 aggregate Carabao Cup semi-final win over Leicester.

Leicester star James Maddison was among the players still on the field of play at Villa Park during the pitch invasion and was allegedly shoved to the ground.

Stewards rushed onto the pitch to escort Villa and Leicester players to safety.

Police moved towards the away end at Villa Park to prevent visiting fans from also entering the pitch.

Villa could face a fine for breach of security protocols, reports Sky Sports.

Trezeguet’s stoppage-time winner sent Aston Villa into the Carabao Cup final with a 2-1 win over Leicester.

They will meet either Manchester United or Manchester City for the final at Wembley on March 1.