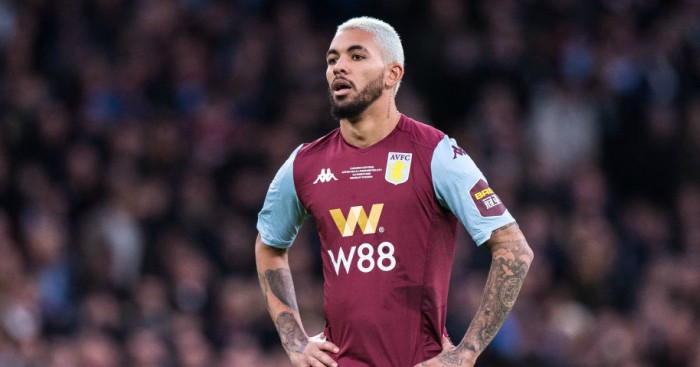 Largely it’s because I don’t think it gives enough room for the other kinds of compulsion that could force you into the same actions hoping for different outcomes. People with gambling problems, for example – which I assume is now most of us, given what the TV so regularly tells us we should be doing with our time and money – will understand. The big question – for what is football for if not the big questions? – is whether should we class Shahid Khan (Fulham) and then Nassef Sawiris (Villa) as insane, caught in the grip of some other compulsion, or perhaps just lamentably ignorant when it comes to spending their own and their club’s money trying to ensure Premier League survival?

Despite some recollection of quite how abject, disjointed, stroppy and comically rudderless that team was, I’ll be honest, it was still surprising to learn they only won four games, scoring comfortably less than one goal per game. By comparison, in the season when Derby set their famous record low points tally, next up was Birmingham City, who doubled QPR’s win total, earned 11 more points, and spent comfortably less achieving it. Although, it’s notable from their Transfermarkt entry, they also flooded their promoted team with new players, bringing in such luminaries as James McFadden, Wilson Palacios and Johan Djourou to steer the good ship Birmingham onto the rocks.

This blueprint couldn’t be clearer. It even has, as if life is screaming at us to notice, a beautifully stencilled yang to its money-vomiting yin: Sheffield United spent about £35million last summer and are getting value from only one of their new recruits (Lys Mousset). Hence they are instead putting all their eggs in the ‘believe in the existing team’ basket. And, as long I’m reading the league table correctly, that’s gone okay.

And here we encounter our first element of why spanking royal amounts of money on a fresh summer intake is pretty much guaranteed to fail: to survive in the Premier League, the most important thing is not that the manager believes in the team, but that the team believes in the manager. This will inevitably be, in the first instance, a fragile belief. There is no sincere basis for believing, as that glorious week in August approaches, that Chris Wilder or Dean Smith will know what he’s doing here. In order to guard against that fragility, the last thing you want to see is him trying to get to grips with players he doesn’t know from Adam. That compounds doubt on doubt. You’re off to a bad start.

So why do they do it? Why, having witnessed QPR use vast amounts of money to sink their own ship (four games all season), do these very rich men not recognise the precedent? I guess it’s complicated, life isn’t a theory exercise, it’s a day-to-day experience. Presumably the minute promotion is secured, and given that your wealth is well-known to the football world, your phone immediately starts blowing up with various oily agents telling you that their player will be the difference between success and failure.

You buy one, and then, as per all experiences buying overpriced assets that have lost the connection to actual value, you worry you don’t have enough. You buy another, and so on. Throw into that bubbling cauldron of insecurity the determination of so many rich men to really show the world how rich they are. Throw on top of that the sense, given the inevitable distance from the club’s fans that you as a multi-millionaire from somewhere else has, that this is how you show them you care, by spanking oodles on various qualities of shiny old rope; season it all with a desire many of these men no doubt hold to be a visible player in the football business at its sharpest end: you’re cooked. You’re ready to be relegated.

I have little doubt Villa are to be the latest exponents of this blueprint for failure. Just to recap, Villa spent ONE HUNDRED AND FORTY SIX MILLION pounds over the summer on players as bad as Wesley Moraes, Ezri Konsa and Jota. And as things stand, there is but one single player who is single-handedly trying to drag them up to the promised land of 17th, but you can already see how this one is going to go. You can already picture him, on the final day of the season, stood with his socks around his ankles, glassy-eyed, distantly wiping a tear with the back of a sleeve, with not a single drop left in the tank. Can you imagine what that Villa team would have been without Jack Grealish? And it’s hardly worth saying that he didn’t cost them very much. A few hot meals in the canteen, some new pairs of boots.

Of course, it is worth saying, because there are some priceless intangibles Jack Grealish brings to the ‘party’ precisely because he wasn’t bought on the open market. Number one: no time is wasted (and if you’re a promoted side, literally every second counts) on familiarising yourself with the environment. You can focus entirely on bringing your best to the team. Generally, it’s lunacy to expect any but the best players to be able to contribute the top of their range in a debut season, and no offence to Trezeguet and Douglas Luiz but, y’know. It’s no coincidence that Villa’s best performers after Grealish have been Tyrone Mings and Matt Targett – players who at least don’t have the added strain of trying to learn an entirely new league while also familiarising themselves with a new country and club.

Second, and we shouldn’t obscure this, it is common sense that Grealish cares in a way that Douglas Luiz doesn’t. This isn’t to impugn Douglas Luiz – he might well learn to care about the club, given time. But consider it from old Doug’s perspective: he’s suddenly flown into a club that, prior to that season, he had presumably never once considered. Inevitably the possibility of ‘fly out again’ remains a real one.

He might not have fluent English, let alone fluent Brummie; interacting with the fans, the lifeblood of the club, understanding where they’re at, is how you start to really feel them. Translated PowerPoint-presentations about ‘the history of the club’ can only get you so far; likewise the basic emotions of cheering and booing. In three years, or seven, or 12, he might love the Villa the same way Grealish does. Which isn’t entirely helpful when you need to start getting results now.

It would be witless, obviously, to imply that buying players for your maiden Premier League season is a bad thing. But you have to recognise – and all of QPR, Fulham and Villa squarely failed to do so – that you’re dealing with a team in literally the most fragile of mental states. No team in the Championship is under any illusions that the jump they’re about to make is akin to a guy who likes climbing trees – tall, difficult ones – switching to climbing K2 for the next challenge.

Most likely, and most likely more than once in your debut Premier League season, you’ll get absolutely pasted, played off the pitch in a way which makes you wonder if you’re even playing the same sport. The guy you’re marking will change from being an excellent player to quite possibly top five in the world in his position. You’re nervous, all the time. If, as a way to address that, you deluge your team with players who don’t know each other, have no idea of each other’s tendencies, idiosyncrasies, likes and dislikes – how well do you think all that plays on your nerves? How solid an outfit do you feel?

And of course, when you call out an instruction to him, he may well not understand. Fulham added – in the summer before their collapse of a season – a Finn, a Frenchman, an Ivory Coaster, a German, an Argentine, two Serbs, a Spaniard and a Dutchman. Time is of the essence. Think how much of it you lose, in training and on the pitch, making sure everyone gets the same message.

For a masterclass in how to do it, witness Wolves. There is no exact science here, but some artful principles: key members of your team blooded in the comparatively softer environment of the Championship then brought upwards. Key British players, who presumably provide reassuring examples to the squad of familiarity with the general environment. And, rather cleverly, not one but two working languages, and a manager fluent in both. Joao Moutinho can tell Ruben Neves exactly what he plans to do and how Neves should cover him. Rui Patricio can take specific instruction from Nuno Espirito Santo. Add one or two in the summer who bring properly improving quality to the party, but don’t disrupt the essential flow. Wolves have been in relegation trouble for all of about four games in the last two years. They’re already thinking of themselves as a Europa League team. Minimum.

Though there’s obviously a host of contributing factors, the most basic is this: you simply do not have time, in the Premier League, to learn a whole new approach to football whilst trying to survive. It puts an ungodly amount of pressure on nicking results whilst trying to properly get to grips with things, using players who are possibly not best suited to living on their guts and wits. Things will swiftly get dicey, the possibly of relegation will materialise some time around late October and, at that point, you’ll look at your teammates and realise you don’t really have the first clue about any of them. These are the guys you’re going to have dig in with. It has never, can never, and will never work.

Within two years, not a single one of QPR’s high-profile transfers was at the club; most of them were gone by the next summer. Props to Julio Cesar though, for taking one more year’s salary before heading to Benfica. The guy’s a legend.

Tragically, or comically, whichever you prefer, there’s one last thing you can probably be sure of: rich men who want to spend money on toys will do it until the last pound coin in the world is spent. It will happen again and we will cry insanity again.