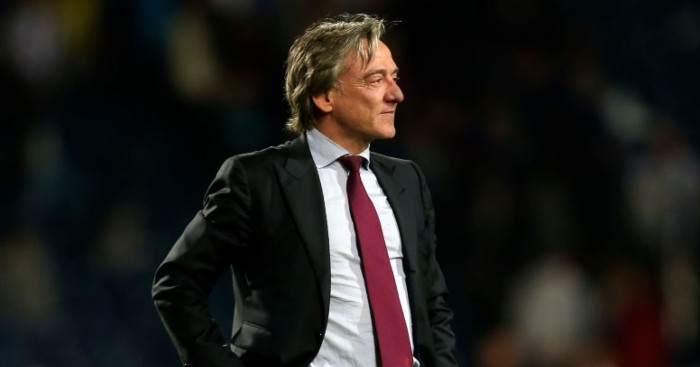 The Premier League should be cancelled with no teams relegated this season, according to Aston Villa sporting director Jesus Garcia Pitarch.

The Premier League has been suspended until April 4 and the EFL until April 3 at the earliest due to the coronavirus pandemic, while in some other countries top-flight football has been halted until further notice.

Villa are two points adrift of Premier League safety with a game in hand on the teams around them with a victory in their match to spare taking them out of the relegation zone.

OPINION: Football has enough money to leave no casualties…

And Pitarch thinks that only fair resolution for all teams would be to see the season “stopped” with “no relegations”.

“At Aston Villa we are beginning to think about this,” Pitarch told Cope’s ‘Game Time’.

“If the peak of the Coronavirus is to occur in May, no one thinks of a competition in which players, coaches, and health personnel of the club will continue to appear every day.

“There are clubs that do not see admissible that the competition resumes on June 30th.

“The most reasonable thing that everyone thinks is that, if the league has to be stopped, that there are no relegations. There is a certain unanimity that there should be no descent.”