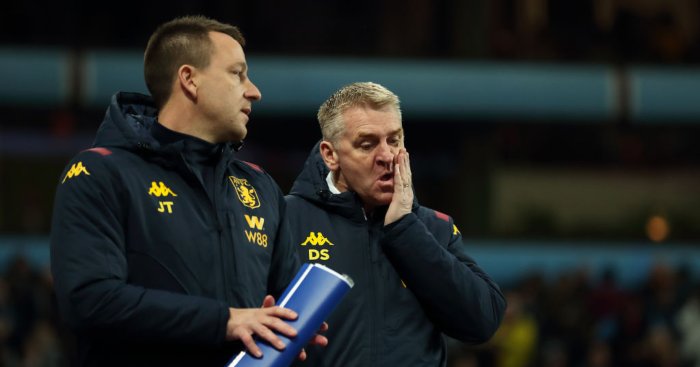 Aston Villa chiefs are reportedly close to sacking Dean Smith as manager and handing the reigns to John Terry for the rest of the season.

Smith’s position is under threat following Monday’s 4-0 thrashing at Leicester and a string of poor results which sees them 19th in the table.

Football Insider report that Smith could be sacked this weekend if they lose to Chelsea in Saturday’s late kick-off.

And the board have discussed promoting assistant Terry to the main job for the rest of the season.

The Chelsea legend has been Smith’s number two since he took charge in October 2018, but has never managed a senior side.

Villa have the worst defensive record in the Premier League despite spending £125million on new players in the summer.

They also brought in Mbwana Samatta in January for £10million, as well as Pepe Reina and Danny Drinkwater on loan, but the results have not improved.