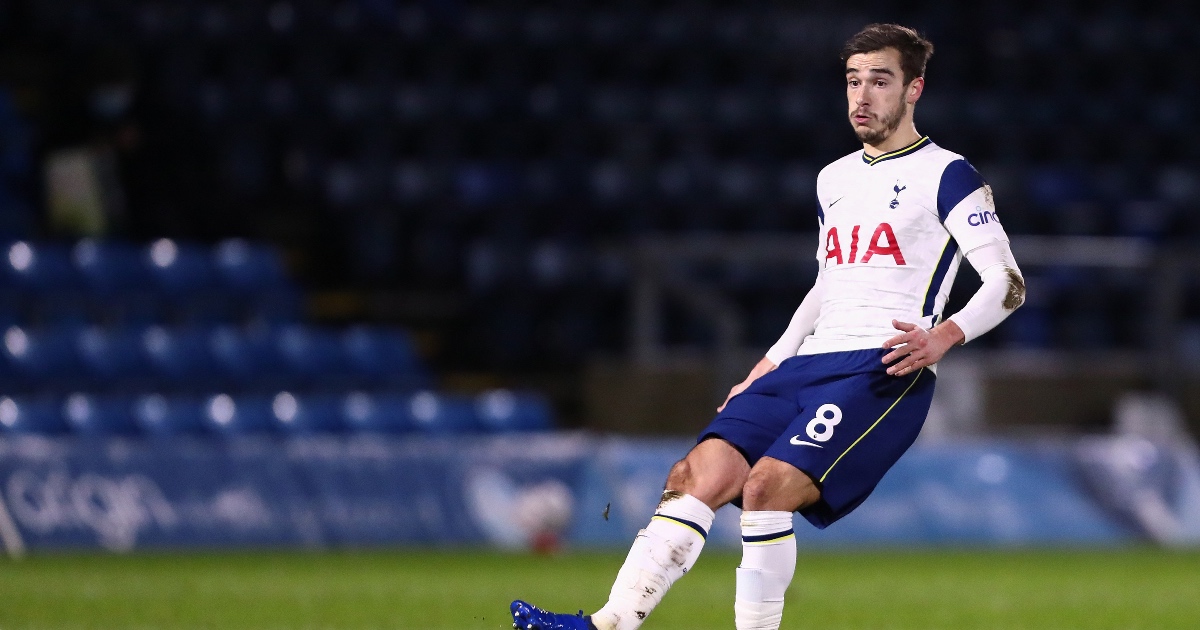 Aston Villa are interested in signing Harry Winks from Tottenham this summer, according to a report.

The Villans have been busy already in the transfer window, bringing in Emi Buendia from Norwich for a club-record fee.

They’ve also confirmed a Villa Park return for Ashley Young, ten years on from his last appearance for the club.

England critics are just cowards afraid of being wrong

According to The Telegraph, Villa boss Dean Smith doesn’t want to stop there and is hoping to add 25-year-old Winks to his ranks.

Having just completed the appointment of Nuno Espirito Santo, Spurs could be open to selling the central midfielder.

Villa reckon they can get Winks for a reduced fee due to his lack of first-team minutes in 2020/21.

He made just 15 Premier League appearances as Spurs finished seventh, qualifying them for the inaugural Europa Conference League.

Villa look set to rival Manchester United for Winks’ signature. The Red Devils reportedly view the England man as a potential replacement for Paul Pogba, should he leave to rejoin Juventus.

But it appears interest from elsewhere in Luiz could force them to spend big.

Morgan Sanson is also eligible, having joined from Marseille for a £15million fee in January.

However, he failed to make a significant impact during his first few months at the club.

The report also states that Villa are monitoring the situation of Todd Cantwell. The attacking midfielder played a starring role in Norwich’s promotion campaign, picking up six goals and eight assists in all competitions.

The former England U21 international has looked comfortable competing in the top flight previously and could be snapped up if the Canaries fail to remain there.

Another transfer priority for Smith and Villa is keeping hold of star man Jack Grealish.

The playmaker, currently off with England at Euro 2020, is the subject of plenty of transfer rumours.

Recent reports have suggested Manchester City are willing to spend £100million to sign him this summer.

Others state that Villa will offer him a new £150,000-a-week deal to remain in the West Midlands.

Grealish remains the club’s talisman after another impressive season. He notched six goals and 12 assists in the league as Villa achieved an 11th-place finish.