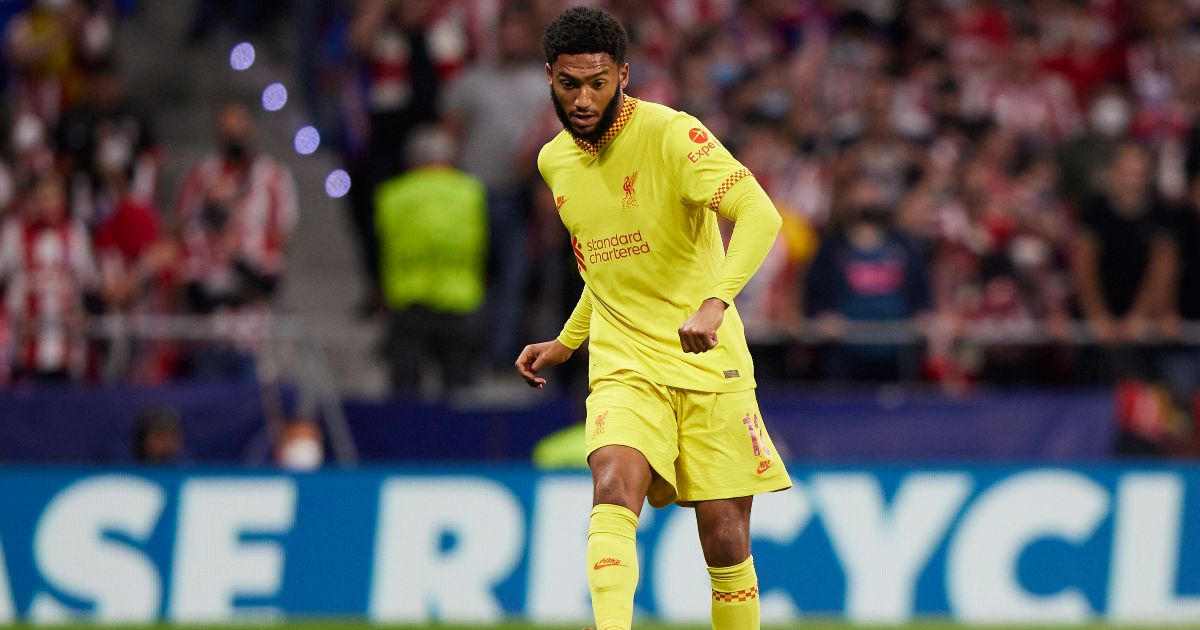 Aston Villa are still keen on bringing Liverpool defender Joe Gomez to the club in the January transfer window, according to reports.

Villa have started well under Steven Gerrard but he is insistent they must improve, highlighting the backline as an area that needs to be strengthened.

Gerrard has made some progress on the training ground but additions are seen as key if they are to continue their decent start under the new manager.

Gomez is one player who has been linked with his playing time at Liverpool vastly reduced from before sustaining an injury last season.

Fellow absentee Virgil van Dijk came straight back into Jurgen Klopp’s side when fit but Gomez has found it harder to win his place back.

The England international is yet to start a Premier League match this campaign with only four starts under his belt in the League Cup and Champions League.

And now Football Insider claims that Aston Villa ‘have not given up hope of prising’ Gomez away from Liverpool before the transfer deadline.

Gerrard’s side ‘registered their interest in the centre-back earlier in the window’ but his former club were not keen on doing business for their fourth-choice centre-back.

However, Villa ‘will make another move for Gomez this week’ with Gerrard – who is a ‘huge admirer’ of Gomez – still holding out ‘hope a deal can be done’.

When asked recently if Gomez needed a loan deal to get back into the Liverpool team, Klopp said in mid-December: “It was not the best year for Joe with the injury and then coming back. We have not rushed his recovery or rehab. When you start playing and training again we had three or four 100% fit centre halves.

“We are patient and Joe is patient. And I don’t have any plans to give anyone on loan in the winter. I will not be the driving force anyway. He still needs time to train to get to where he was before.”

The arrival of Ibrahima Konate from RB Leipzig in the summer transfer window has seen Gomez drop behind him and Joel Matip as Van Dijk’s centre-back partner.