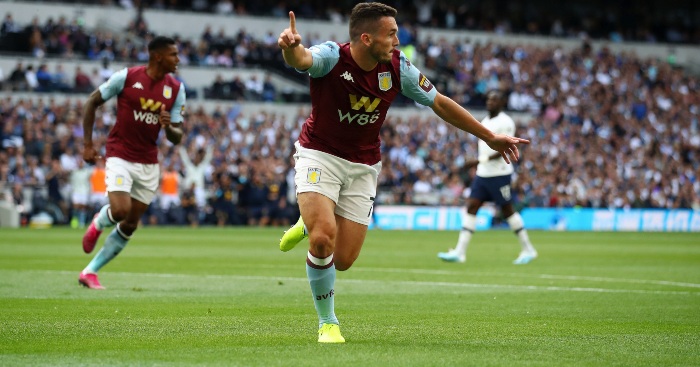 Unai Emery made Tierney one of his priority signings this summer and has finally secured his man in a reported £25m deal before the transfer window slammed shut last Thursday.

The left-back became the most expensive Scottish player ever, as well as the biggest sale by a Scottish Premiership club.

And now McGinn, who scored as Aston Villa returned to the Premier League in a 3-1 loss to Tottenham, reckons Tierney will be a good signing for the Gunners.

“He’s got everything,” McGinn told talkSPORT.

“Once he gets back fit, he will run through a brick wall for Arsenal.

“Not only that, he can gallop up and down the pitch and get assists, he’s a very good crosser of the ball.

“He’s also a really humble guy who will improve all the time.”