Home F365 Says Is it time for Villa to panic and hit the Big Red Big Sam button? 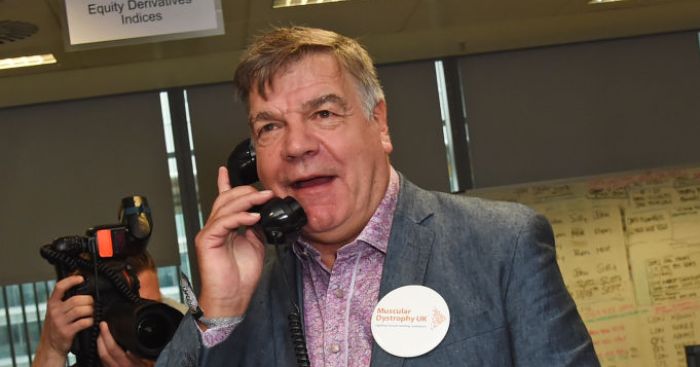 Things are looking bad for Aston Villa. But are they looking bad enough to sound the Big Sam alarm?

The answer really might be yes. Watching Villa play stuttering Leicester back into absolutely prime form it was impossible to see anything other than a side heading straight back down from whence they came.

A quick look at the table and fixture list offers no immediate encouragement. Things are likely to get worse before they get better. It might well have reached the tipping point where panic buying becomes pragmatic acceptance of where you are and where you’re heading and then acting accordingly.

Villa now sit 19th and two points from safety. That’s not so bad. They’ve got a game in hand on everyone around them, too. But step back and look at the wider trends; they’ve lost their last four games. That’s quite bad. And let’s have a look at that fixture list. Rearranged games to slot in somewhere against Sheffield United and Newcastle. Not ideal, but not the worst. So who have they definitely (global pandemics permitting) got over the next few weeks? Chelsea at the weekend. Then Wolves straight after the international break. Shitting hell, it’s Liverpool the week after. And then Manchester United.

While bottom club Norwich will quite rightly do all they can to keep their current manager even when/if relegation is confirmed, Villa have a decision to make. Theirs is a different situation.

Return to the Premier League was supposed to mean a return to their rightful place. It was always likely to be a bit of a struggle at first but an instant return to the Championship really can’t be tolerated.

Whatever happens, Villa are getting a huge Jack Grealish windfall in the summer. Stay up and reinvest wisely, and that cash could help cement a top-flight place. Drop back into the chaos of the Championship and who knows what happens next? There are no guarantees down there – it took Villa three years to get back out last time, and only then by the absolute skin of their arse after ten straight wins in March and April followed by late goals and penalty drama in the play-offs.

They don’t need ten straight wins to get the job done this time, and shootouts seem unlikely – unless the Premier League replace all remaining league games with behind-closed-doors penalty shootouts which, having given it precisely three seconds’ thought, I’ve just decided they absolutely should.

But Villa do need things to change and they need it to happen soon. The March international break is really the point of no return for playing the new manager card and hoping for a bounce. The fixtures aren’t kind, and nobody really wants Big Sam and everything that comes with him managing their club. But needs must. Pints of wine and the massive Allardici chip on his massive shoulder notwithstanding, he is very good at precisely this kind of thing. A couple of years away from the thrill of a relegation dogfight shouldn’t have dulled his skills too much and there is at least something – or more specifically someone – to work with at Villa to drag them out of the sludge.

Allardyce has suggested he’s out of the management game for good, and did turn down the opportunity to return to Newcastle in the summer on “never go back” grounds, but come on, he could surely be tempted to put his Never Relegated credentials on the line one last time for Villa. It ticks plenty of boxes for an ego the size of his. The chance to be the saviour at a traditional big club, plus the fact that at this desperately late stage (far later, it should be noted, than when he rode in to save the day at Sunderland or Palace) nobody will really pin relegation on him anyway.

The Big Red Big Sam button is not one to be pushed lightly. Everton, a club with plenty of similarities to Villa, will tell you as much.

But if there is anything to be learned from recent events it’s that slightly too much panic is probably better than not quite enough. Big Sam might be the managerial equivalent of four giant packs of bog roll and all the handwash you can carry, but while others might point and laugh at your ridiculousness, the option of doing nothing, taking it on the chin to seeing how it all plays out may be far more costly in the end.