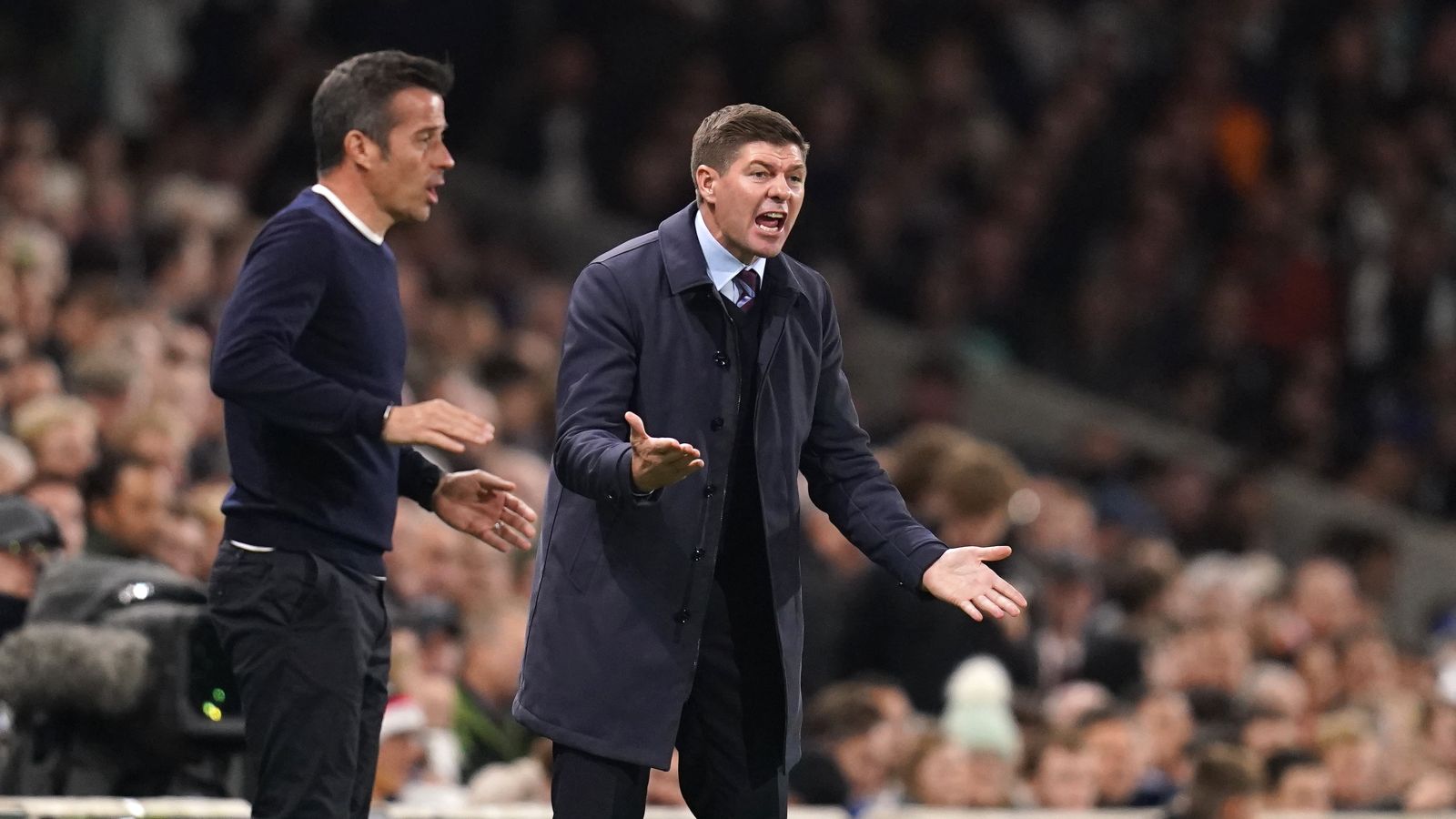 Aston Villa players “weren’t really having” Steven Gerrard and “didn’t like how he was” with them, according to West Ham striker Michail Antonio.

Gerrard was sacked after less than a year at the Villa helm in the immediate wake of their 3-0 defeat to Fulham at Craven Cottage.

Villa responded to Gerrard’s departure with a 4-0 win over Brentford and Unai Emery has since been hired as his replacement.

Offering inside knowledge of the situation, Antonio explained what he “heard on the grapevine” over Gerrard’s time at Villa and the reasons for his departure.

“It wasn’t how he wanted to play, it was more how he was as a manager himself and how he dealt with the players. That’s what I heard.”

On Gerrard’s decision to strip Tyrone Mings of the captaincy on the eve of the season, Newcasyle striker Callum Wilson said: “Those kinds of situations can have a snowball effect and not for a positive, it’s gone negative. When you see the news of that come up you’re a bit taken aback by it as well.

“I think it was a bit harsh, especially with Mings who was in the England setup at the time. But that’s a decision a manager makes and he stands by that and if you ask Gerrard he’d probably say he wouldn’t change that decision.

“I guess you make your bed and you lay in it and, at the end of the day, it wouldn’t have been that that got him the sack. Overall it was the performances but, then, I think the attackers weren’t scoring enough goals then the manager would come out in the media and say they weren’t scoring and this and that.”

Wilson, who will be taking on Villa for Newcastle this weekend, added: “The manager’s gone and the players have felt that weight off their shoulders has lifted because of the pressure then, all of a sudden, 4-0. It’s like wow, where’s that come from? They scored three goals in 15 minutes!”

READ MORE: No more Aston Villa excuses as the club has a manager to match their standing in Unai Emery