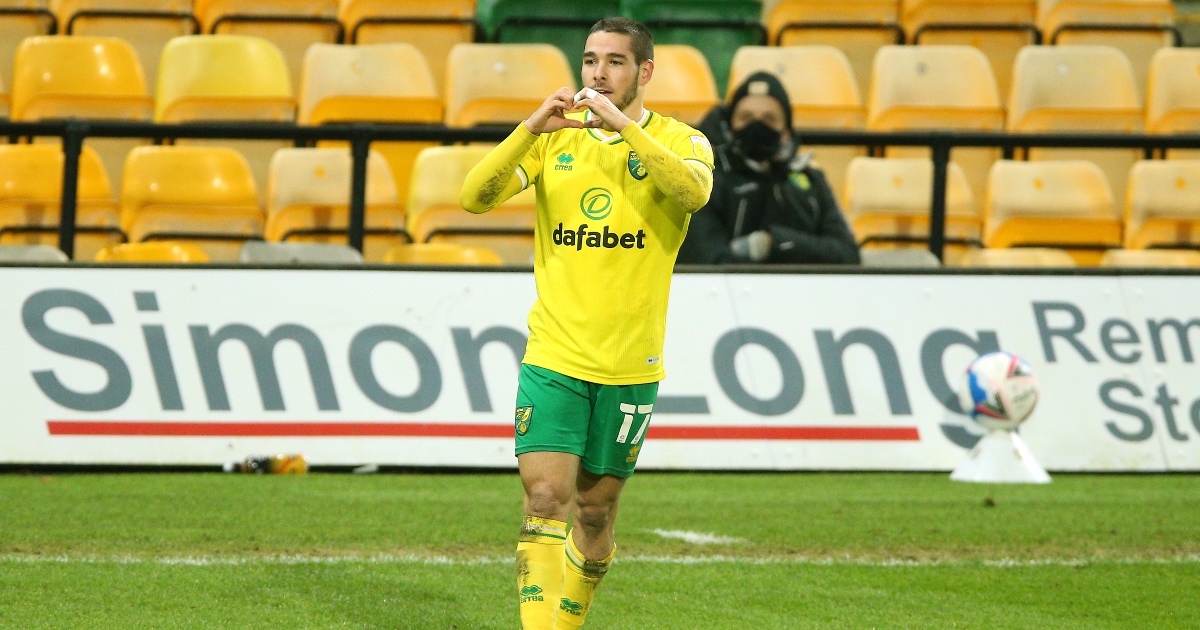 Aston Villa will rival Arsenal for the signing of highly-rated playmaker Emi Buendia, according to reports.

The Argentinian star, 24, has long been a Gunners target to fill their central attacking midfield position.

He could be sold by current club Norwich City to fund their summer transfer pursuits.

According to The Athletic, Aston Villa have joined the race for Buendia and have already ‘laid the groundwork’ for a deal.

The West Midlands outfit are looking to bolster their squad after a successful season in the Premier League.

They finished in 11th-place on 55 points, despite missing captain Jack Grealish for some of the campaign.

The report states that Buendia could be signed to play alongside Grealish, rather than replacing him in the event of a big money move for the England international.

Buendia can operate as a CAM, which would allow Grealish to play on the left wing and cut inside to great effect.

Dean Smith also wants a player who can step up in Grealish’s absence.

During the skipper’s time on the sidelines between late February and early May, Aston Villa lacked the ability to open up opposition defences.

Their points-per-game dropped from 1.7 to 1.0 when he was injured, showing just how important the 25-year-old is to the team.

Buendia is one player who would be able to fill in for Grealish. He’s had another impressive campaign with Norwich, helping them to secure an immediate return to the Premier League.

The player registered 15 goals and 17 assists in just 39 league games, making him one of the Canaries’ most valuable assets.

The report goes on to state that Burnley’s Dwight McNeil could be targeted by Villa if they miss out on Buendia.

McNeil is of ‘serious interest’ to Villa, and he could be tempted by a ‘next step’ transfer in his career.

Like Buendia, Villa have laid the groundwork for a McNeil transfer. However, it’s not clear whether Burnley would be open to selling one of their star players.

Given the Clarets’ limited spending in recent years, one prized asset may have to be sold to fund any squad rebuilding. McNeil could well become that man in the coming months.