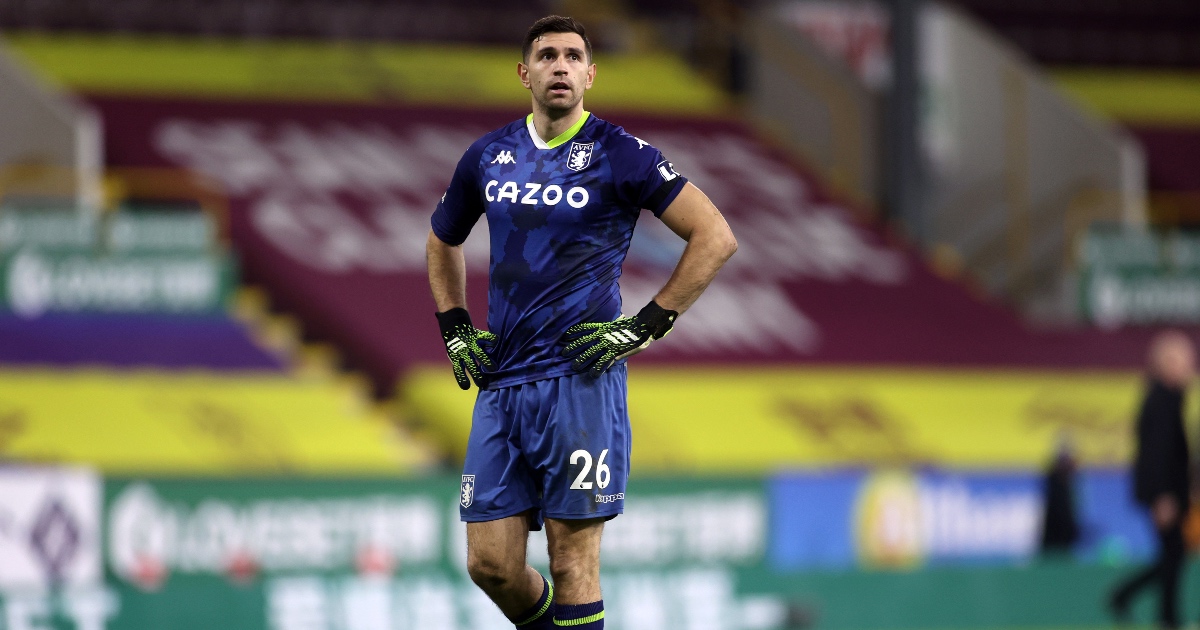 Aston Villa are reportedly bracing themselves for a ‘major’ summer bid for keeper Emi Martinez.

The 28-year-old has been one of Villa’s standout players this season, keeping 14 clean sheets in 30 appearances.

According to Football Insider, Villa are prepared to receive some big offers for Martinez in the summer transfer window.

Manchester United are thought to be leading the race for the talented shot-stopper.

He’s impressed their scouts following his £20million move from Arsenal in September.

The Red Devils are aiming to keep Dean Henderson but want to offload David De Gea. It’s believed that Martinez would provide Henderson with great competition for the number one spot.

One factor to consider is Martinez’s willingness to be on the bench.

He spent years at the Emirates without being given the right opportunity and is now flourishing at Villa Park.

He is unlikely to move unless any club can guarantee that he will be number one on arrival.

Martinez has kept former club Arsenal at bay twice this campaign. He registered a clean sheet as Villa secured a 3-0 victory over Mikel Arteta’s men in November.

They completed the double in February by winning 1-0 at home.

In Villa’s next game against Brighton in the Premier League, Martinez played a starring role to give them a draw.

He made a number of crucial saves to ensure they left the Amex stadium with a clean sheet and a point.

Last month, the Argentinian spoke out about his time at Arsenal.

He said: “I love everything about Arsenal. I still love them and I’m still watching the games, but I just felt like they didn’t trust me like they should have.

“That’s the reality because they kept buying goalkeepers to go in front of me and I was the goalkeeper from the academy.

“After 10 years, I decided to leave, and it was very difficult. My family didn’t understand why I was leaving when I was at such a good level at Arsenal, but it was my decision to leave and I’m really proud I did it.

Martinez is expected to start in Villa’s next game. They face league leaders Man City on Wednesday April 21.