The former Nottm Forest star finally gets his dream move to the Premier League. 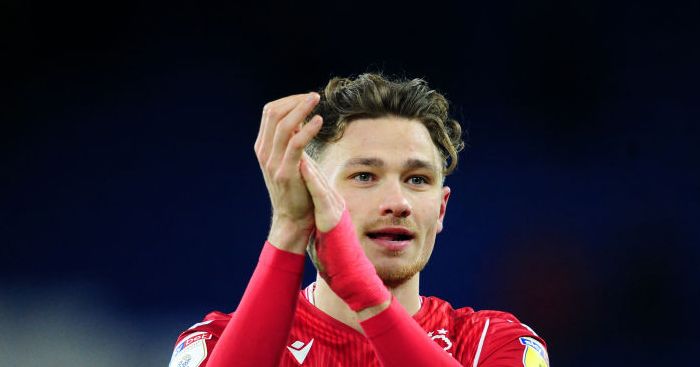 Aston Villa have secured their first summer signing in Matty Cash for an initial fee of £14 million.

The right-back joins on a five-year deal from Nottingham Forest, in a fee that could rise to £16 million with potential add-ons.

Aston Villa have moved swiftly to finalise this deal after a fee was agreed between the clubs on Wednesday. The player underwent a medical on Wednesday evening before the deal was completed on Thursday morning.

F365 Features: Mourinho’s best 11 All or Nothing quotes on Kane, Alli and…

Villa have had to fend off competition from several Premier League rivals to sign Cash. Sheffield United and West Ham United were two of the sides interested, but Villa acted quickest to get their man.

In a statement on his Twitter, Cash said: “I can’t wait to meet up with the squad, meet everyone around the club and the supporters!”

The 23-year-old had been a regular in Forest’s side over the past four seasons, making 141 appearances in all competitions.

But in 2019/20, Cash enjoyed his best season to date on a personal level. The full-back played in all-but four of Nottm Forest’s league outings last term.

Cash was operated predominantly at right-back last season, as he bagged three goals and provided a further five assists from his 42 games.

Forest missed out on a place in the play-offs on the very last day, but Cash shone throughout the campaign. At the end of the season, he won their fans’ Player of the Season award.

Cash is Villa’s only signing of the window so far, but they do look set to be busy over the coming weeks.

Villa boss Dean Smith reportedly has his eyes on Brentford striker Ollie Watkins and Arsenal goalkeeper Emiliano Martinez. They also are said to have enquired about the availability of former loanee Tammy Abraham.