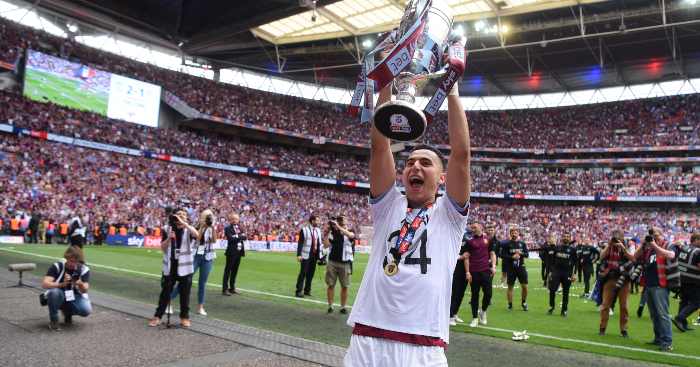 The 24-year-old has agreed a four-year contract, having spent last season on loan at Villa Park.

El Ghazi starred in the Championship play-off final win against Derby last month, scoring the opening goal in the 2-1 victory which clinched Villa’s return to the Premier League.

Villa boss Dean Smith told the club’s official website: “Anwar proved to everybody at Wembley how good a player he can be for Aston Villa.”

Smith added: “He’s ready for the step up to the Premier League and he’s a young player who has an awful lot of potential.

“It’s now my job and the job of the coaching staff and Anwar himself to fulfil the potential that he undoubtedly has. He’ll be a great addition to the squad for next season.”

As well as his goal at Wembley, El Ghazi scored a further five times during the course of the regular season as Villa finished fifth in the Championship table.