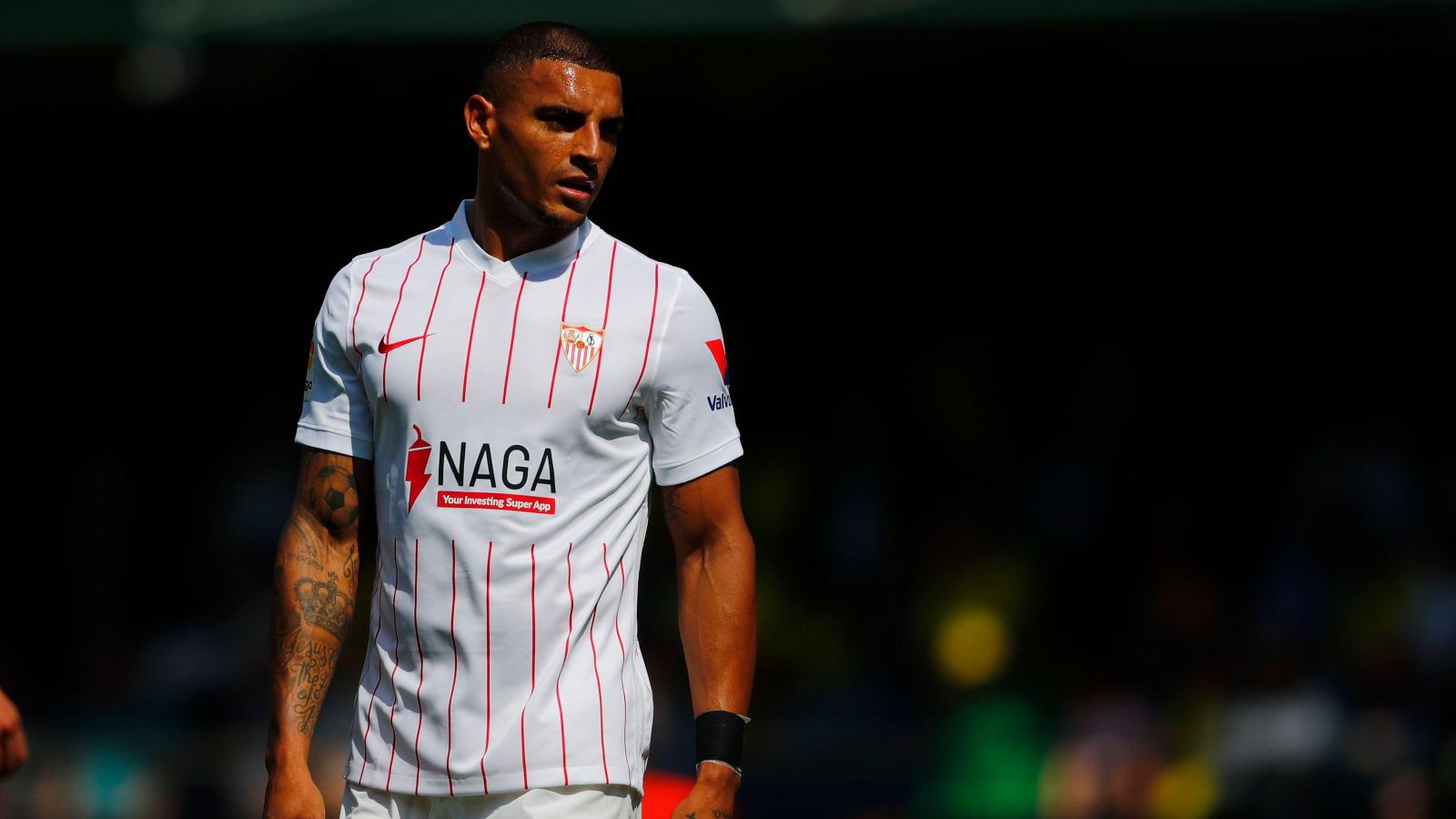 Aston Villa are looking to get their deals done early this summer with Sevilla centre-back Diego Carlos on their radar, according to reports.

Steven Gerrard has already confirmed his second signing of the summer with Boubacar Kamara joining from Marseille on a free transfer.

That followed confirmation that Philippe Coutinho – who has impressed on loan this season – had signed a four-year deal after Aston Villa agreed to pay Barcelona £17m to make the move permanent.

And now they could have their third signing lined up ahead of the summer transfer window with The Athletic journalist David Ornstein claiming that Aston Villa are ‘exploring the possibility of signing’ Carlos from Sevilla.

The Brazilian was one of Newcastle United’s priorities in the winter market but they eventually settled for Dan Burn after failing to land Sven Botman or Carlos.

Carlos could become their top defensive target in the summer transfer window with Botman reportedly deciding to join AC Milan over the Geordies.

And Ornstein insists Carlos ‘thought to be among those under consideration’ at Aston Villa as manager Steven Gerrard looks to improve his defence.

There are a couple of doubts raised over a deal though with Ornstein revealing that Villa ‘might need to free up space in the squad through departures before adding to Gerrard’s resources’ while the ‘potential asking price and salary for Carlos may also prove a complication’.

That could put Newcastle in the driving seat in any deal for the former Nantes centre-back and Burnley’s James Tarkowski ‘is another prominent candidate’ if they can’t bring in Carlos.

Gerrard was thrilled at the signing of Kamara on Monday, he said: “I am delighted that we have been able to attract one of the most promising young talents in European football. We have a very clear plan to make our team stronger and Bouba is an important part of that.”

Aston Villa lost 3-2 on the final day of the Premier League season to champions Manchester City but Gerrard has seen promising signs ahead of the next campaign.

Gerrard said: “I think we will be better. I think we’ve shown potential here against top opposition. We showed it against Liverpool a few weeks ago.

“We know we’ve got really dangerous players and I thought we carried a real threat about us for large parts of the game.

“We need to show more bravery with the ball because that’s the best time to rest. It’s also the best way to face the final periods of the game. We decided to go into a protection shell. We were only really interested in surviving.

“We must learn from this and if we ever get in a position against one of the top sides we have to show more bravery in possession. We can’t just survive.”