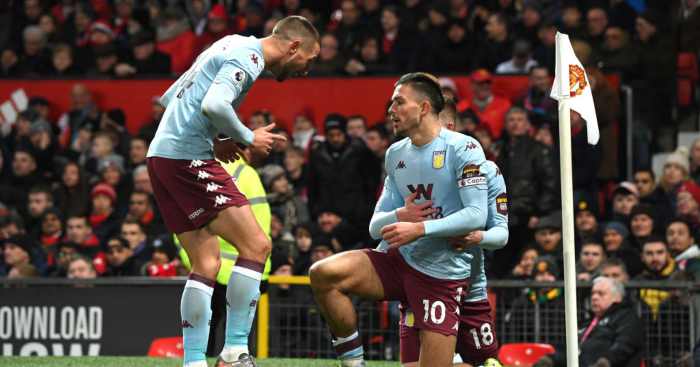 The Villa captain is widely tipped to leave the club regardless of whether they avoid relegation, with United thought to be leading the race for the playmaker.

Grealish has been one of the Premier League’s standout performers this season despite Villa’s struggles, scoring seven goals and providing six assists.

The 24-year-old old was in contention for a call-up to England’s Euro 2020 squad before the tournament was postponed.

And Sherwood – who managed Grealish at Villa park in 2015 – believes Grealish to United is already a done deal.

That form had seen the 24-year-old in contention for a call-up to England’s squad for Euro 2020, before the tournament was postponed due to the coronavirus pandemic.

“I think Jack Grealish is a deal which is already done,” Sherwood told Premier League Productions. “He’s a player that they [Manchester United] need. I honestly believe there’s only one club for Jack Grealish.

“I don’t think he can stay at Aston Villa, he needs to progress his career. I think he signs for Manchester United.”