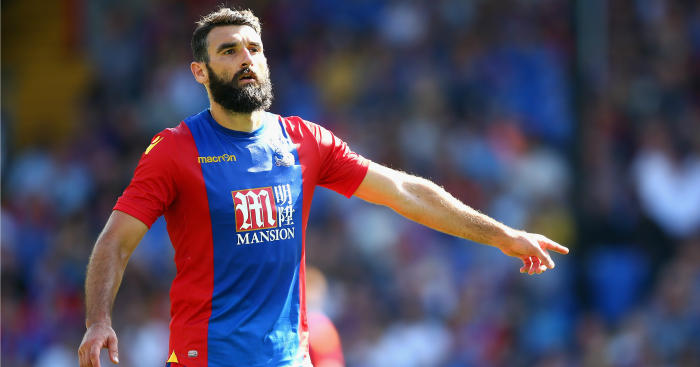 Crystal Palace players are unhappy with Alan Pardew over the manager’s treatment of Mile Jedinak, according to reports.

Jedinak was stripped of the club captaincy on the eve of the Premier League season, and on Wednesday joined Aston Villa on a three-year deal.

And according to The Times, a number of Palace players were left unimpressed by the way Pardew – who is already under scrutiny this season – handed the captaincy to central defender Scott Dann.

Dann remains a popular and respected figure in the Eagles’ dressing room, but players were unhappy with the way long-serving Jedinak was treated.

The 32-year-old Australian told Fox Sports : “I had a conversation. It was not the longest conversation but I was told of the decision.”

Championship outfit Villa have now paid Palace an undisclosed fee to land the experienced midfielder, who will be unavailable until his EFL and Football Association registration is complete, which is subject to the issuance of the relevant UK Visa and Immigration documents.