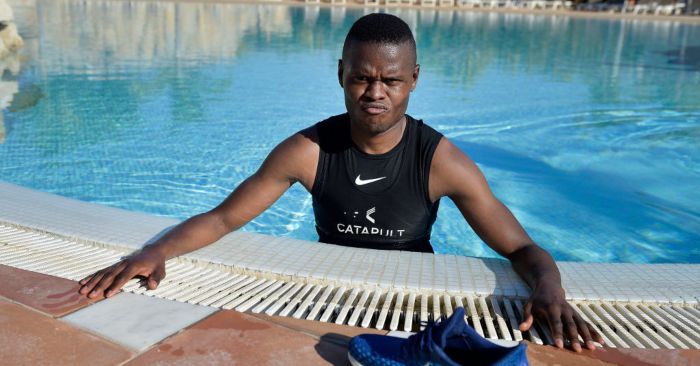 The Tanzanian has signed a four-and-a-half year deal, subject to a work permit and international clearance being granted, for what is understood to be an £8.5million fee.

Samatta, 27, has scored 10 goals for Genk in all competitions this season including a goal at Anfield against Liverpool in the Champions League.

“He has scored goals throughout his career and I’m looking forward to working with him.”

Smith was eager to sign a striker as Wesley is out for the season with a knee injury, Keinan Davis has only just returned to training after three months out with a hamstring problem, while Jonathan Kodjia has joined Qatari side Al-Gharafa.

Samatta, however, is unable to make his debut in Tuesday’s Premier League clash at home to Watford as he missed the deadline to feature in that game.