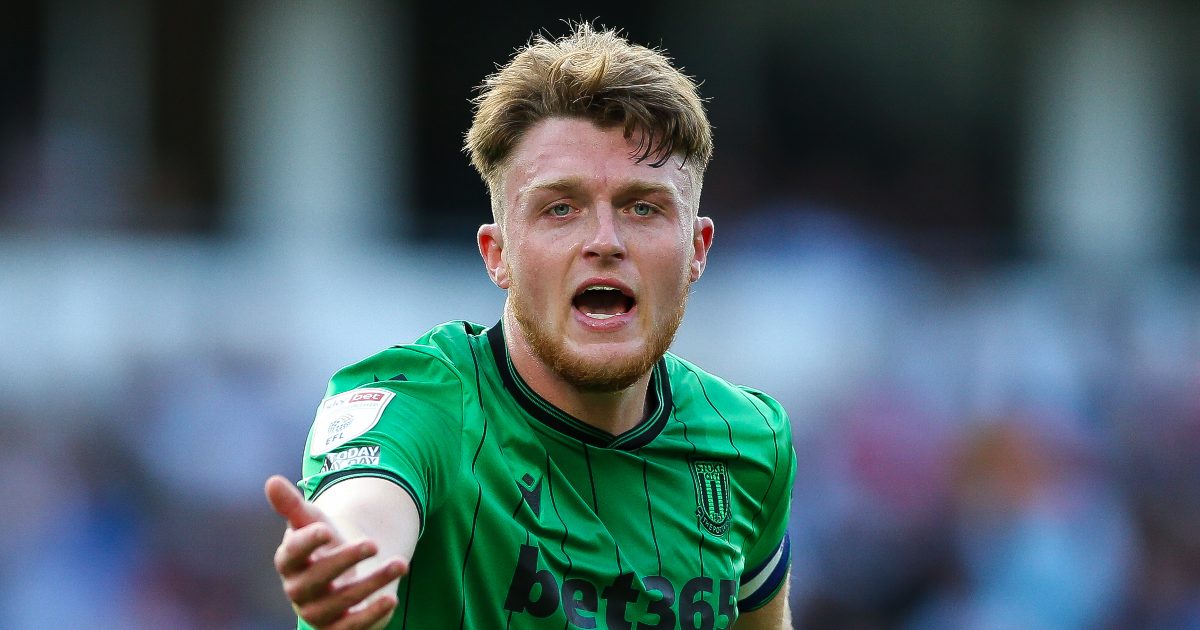 Aston Villa are planning to make a January move for Stoke City defender Harry Souttar amid his impressive performances this season, according to reports.

The 22-year-old came through the academy at Dundee United before he signed for Stoke City in 2016.

After an impressive spell on loan at League One side Fleetwood Town, Souttar established himself as a regular for Stoke last year.

Souttar has already played 56 times for the Potters as he has been an integral part of their defence over the past year.

Football Insider are reporting that Aston Villa have “joined the chase” to sign the centre-back.

The Villans’ recruitment team are said to be targeting Souttar “going into the New Year”. The Aston Villa target has a contract at Stoke City that does not expire until 2025.

Elsewhere, Dean Smith has suggested that Ollie Watkins’ “mentality” is one of his strongest assets:

“I always knew when Ollie joined up with the England squad that he would impress them in training and he’s obviously done that,” said Smith.

“He got on the pitch and scored his first goal obviously which we were all pleased with but he never made the final cut for the Euros.

“I think his performances already (deserve it) and that’s without a goal to enable him to get called up.

“The knee injury has been a frustration for him and us. We’ve had to modify his training a little bit because of it.

“But he knows how to get the best out of himself. His work-rate and what he does in training I think is enough to certainly take Gareth and Steve (Holland’s) notice. They were only too happy to call him back up.

“His mentality is one of the strong points.

“It is why he is at Aston Villa and I can’t envisage a change in his mentality. He is a delight to have with his application, his attitude to training and games is exceptional. I believe that he’s probably been called up again because they saw that during his training when he was with England.

“I know he came on and scored a goal. He will be looking to try and work his way in. He knows when he plays that’s his chance to show everybody what he is about. But he does that every day in training as well.”