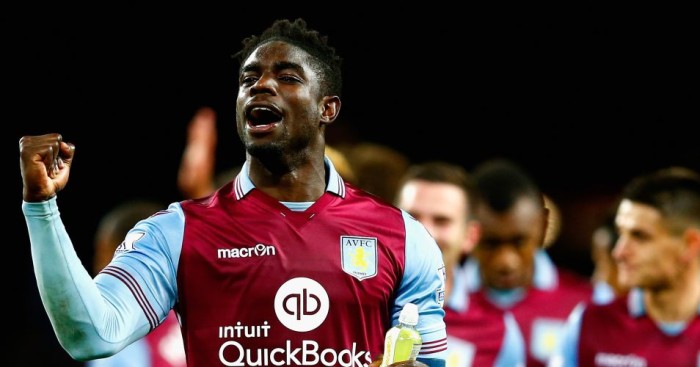 Blues chief Rowett admitted he was given a tip-off ahead of the trip to Villa Park, which the visitors eventually lost 1-0 on Tuesday.

Rudy Gestede’s second goal of the season clinched victory for Villa to send them through to the fourth round of the Capital One Cup.

Birmingham bossed the majority of the first half and Rowett admitted they had advanced warning of Villa’s line-up to prepare.

He said: “I felt, in the first half, tactically we got the game spot on. I actually knew their team yesterday funnily enough, and we did a little bit of work against it, got some runners into some great positions first half.

“I felt they did themselves a lot of justice; I don’t think there are too many players who would come off and say Villa have won the game easily.

“I have heard Tim said he purposely let us do that in the first half so they could change tactics in the second half but I’m not sure a tactic of getting booed at half-time would particularly be a good one.”

But, despite the apparent leak Sherwood remained unconcerned.

He said: “Well done. Of course it’s not (worrying). Did he tell you who it was? It’s interesting why he even mentioned it. It’s strange.”

Villa laboured until Jack Grealish’s half-time introduction with the 20-year-old helping to inspire the hosts.

It was a pedestrian first half, which saw Villa booed off, following Saturday’s 1-0 defeat to West Brom but Sherwood insisted he always planned to put Grealish on at the break.

He said: “I think we deserved to win by a lot more. We showed a lot of bottle, even after a first half like that – even though it’s how I wanted them to play. They took a lot of criticism out there but in the second half they were brave enough to get the ball.

“Jack has the potential to be a top player. It was the plan to bring him on at half-time. He didn’t know when he was coming on – I didn’t say to him ‘you’re going to come on in the second half’.

“I had a word with Jack in the week about trying to put some work rate in out of possession. I’m not asking him to be a tiger in the midfield; I want him to get back into shape and he might help us out when we win the ball back.”