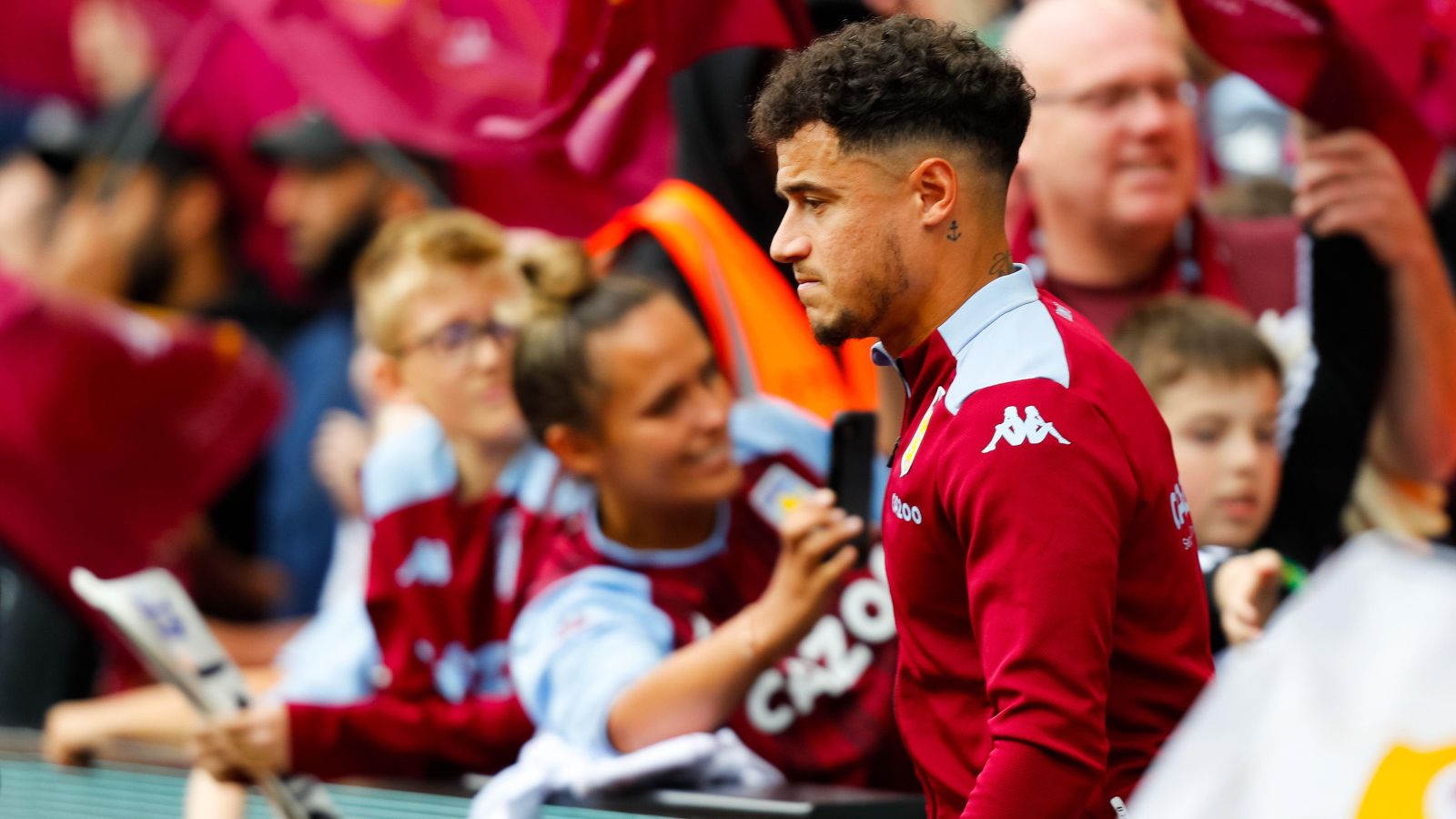 Aston Villa are ready to use the signing of Philippe Coutinho in their efforts to bring Marseille midfielder Boubacar Kamara to Villa Park this summer, according to reports.

Coutinho has impressed on loan at Villa this season with the playmaker contributing four goals and three assists in the Premier League since January.

That saw Aston Villa make his move permanent ahead of the summer transfer window with a £17m transfer sealed last week.

At 29, Coutinho still has plenty to offer Villa and the club’s hierarchy are now hoping that the Brazilian can boost their chances of bringing in more top quality signings this summer.

The Athletic claim that Aston Villa ‘are in a position to rival any offer’ from Atletico Madrid for Marseille midfielder Kamara this summer with the Frenchman available on a free transfer in the upcoming window.

The 22-year-old, who can also play in defence, has played 46 times in all competitions for Marseille this term and Aston Villa ‘will use the Coutinho signing as proof of their ambition’ to help persuade Kamara to join.

Villa made a bid for Brighton midfielder Yves Bissouma in the January transfer window – which was quickly rejected – but they ‘were not prepared to go too high’ as they knew signing Kamara was an option this summer.

Speaking after Villa announced that he would be staying on permanently, Coutinho insisted that he wants to help the club get into Europe.

“We can do better than we did this year and we want to achieve things like getting into Europe. I believe so much in the squad and the work the staff is doing,” Coutinho told the club’s official site.

“I believe that’s where we have to be, playing in European games. That’s what we will work hard for.

“I feel happy in the club. It’s been a good start and I want to achieve good things with the club.

“I’m already looking forward to the next year. I believe so much in the squad and the club, and we can achieve good things next year.

“He (manager Steven Gerrard) believes in me. We’ve known each other for a long time and I felt very welcome from him and his staff when I arrived here.

Aston Villa announced the signing of Coutinho with a surprise at their club awards show ✍️pic.twitter.com/0y40aaz1WB

“He’s a great manager, for sure. I’m happy to be managed by him and his staff. His ambitions are high and I believe in the same things he believes in. I want to work hard to achieve these things.

“It’s a top club and I always felt welcome when I arrived here, from everyone, so for me today is a happy day.

“I felt very welcome from the fans, from my team-mates and from the staff. Like I said, it’s a great club and we want to achieve big things.

“I believe so much in this club and that’s why I signed here. I’m very, very happy.”