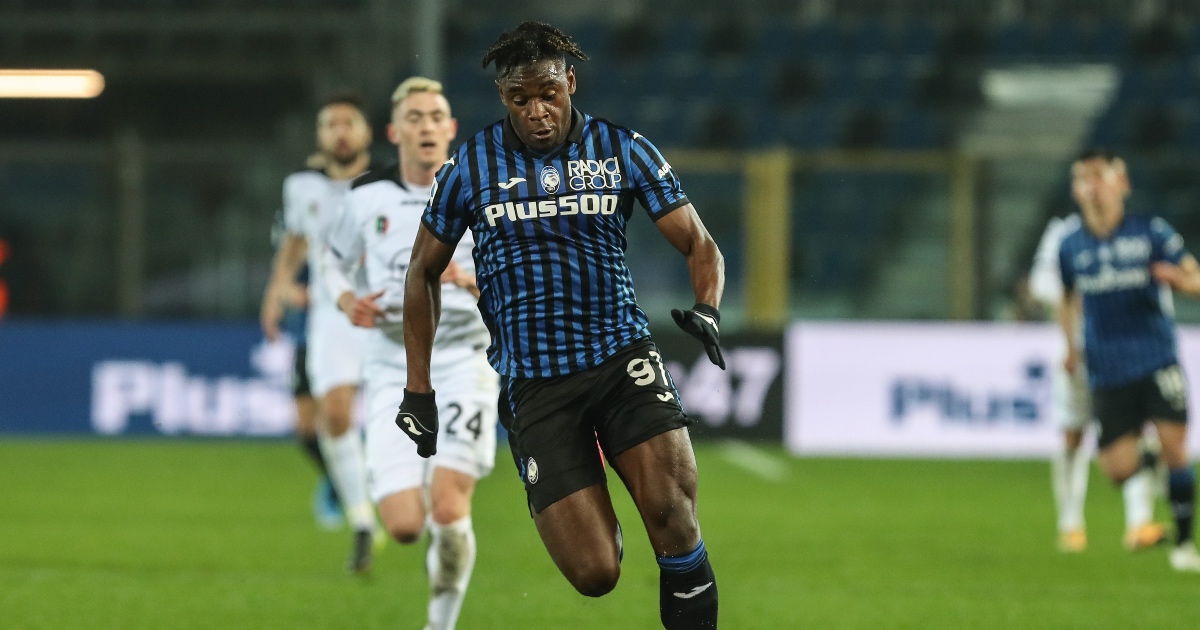 Atalanta striker Duvan Zapata has revealed that he was an Arsenal fan growing up, amid rumours of a Premier League move.

The Colombian international has scored 14 goals already this season for the Serie A outfit.

That’s led to interest from English heavyweights Liverpool and Chelsea.

But Zapata has revealed that it was Thierry Henry’s Arsenal which took his fancy as a youngster.

When asked about his future, the forward told Italian outlet Gazzetta dello Sport (via Goal): “My future in the Premier League? Never say never in football.

“When I was a kid, I was always watching the Premier League – I was an Arsenal fan! I got up early every weekend to watch their games.

“I was in love with Thierry Henry’s Arsenal. In Colombia, we love the Premier League. Who knows, one day I could play there.”

The Gunners are not believed to hold an interest in the player, but they could emerge to rival Liverpool and Chelsea in the future.

Zapata’s impressive goalscoring exploits have made him a hot property in Italy. He performs well in Atalanta’s attacking style of play under manager Gian Piero Gasperini.

This campaign, the 30-year-old has scored against the likes of Roma, Napoli and AC Milan in the league.

He got on the scoresheet in successive Champions League matches against FC Midtjylland and Ajax before Atalanta were knocked out by Real Madrid.

Chelsea have been linked with Zapata due to the struggles of recent signing Timo Werner up front.

The pacy German has managed just one goal in his last 20 Premier League appearances.

His poor form and low confidence have translated into his international game, too. The 25-year-old missed a sitter as Germany suffered a shock defeat to North Macedonia on Wednesday.

National team boss Joachim Low, reacting to the miss after the game, said: “He must put that ball away, no question at all. He has shown here he can score goals.

“But he doesn’t hit the ball right with his left foot, if he makes a clean contact with the ball it’s a goal.”

That miss, alongside his Prem form, has led Blues scouts to look at attacking alternatives. Dortmund’s Erling Haaland is thought to be their top priority, although they will face stiff competition to sign him.

Zapata could be a cheaper option for Thomas Tuchel to improve his attack, if Werner’s days are numbered.