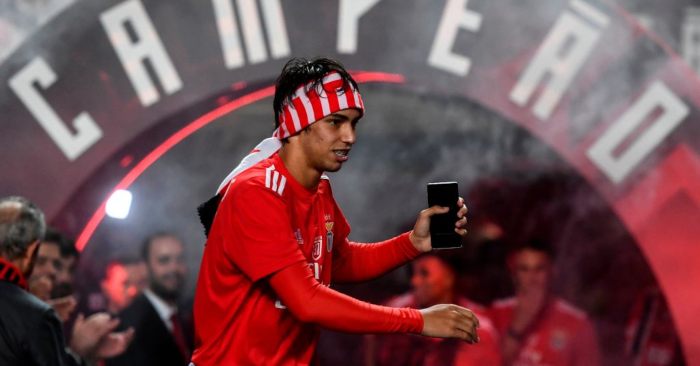 Jan Oblak’s decision to sign a contract extension with Atlético Madrid towards the end of the season was a moment of huge significance for the club.

The Slovenian, who has been the best goalkeeper in La Liga for the last four years (and has the Zamora awards to prove it), would have had plenty of options had he decided to leave, and with many of his team-mates planning their own departures, it may have been the easier and perhaps more sensible option.

But his decision to stay despite the impending exodus was a show of faith that the club would oversee a successful renewal of the squad.

Influential captain Diego Godín has announced his departure, as has talisman Antoine Griezmann (although he thankfully spared us a self-indulgent 30-minute video announcing his decision this year). The transfer of Lucas Hernández to Bayern Munich has already been agreed, while Rodri’s €70m release clause is expected to be sprung by Manchester City in the coming weeks. Veterans Juanfran and Filipe Luís are also on their way out of the Wanda.

But Oblak has decided to back his club. “Some people might think that the ambition of the club has decreased because important players have left, but I am sure that the club will do everything possible to sign quality players,” he said earlier this month, and it’s starting to look as though his faith will be repaid.

Porto’s Brazilian defender Felipe has already signed up for a fee of €20m, while a €40m deal for Real Madrid midfielder Marcos Llorente appears close. Atleti are also reportedly leading the chase to sign Portuguese wunderkind João Félix from Benfica for €120m, which would be a huge coup considering he has been linked with plenty of clubs with traditionally greater financial firepower, such as Barcelona, Paris Saint-Germain and Manchesters City and United.

Such investment in the squad is necessary, not just to fill the gaps left by the departing stars, but to make a statement that Atlético are still a major player. It’s not easy to mitigate the departure of big players from the club, especially if they are moving to rivals or clubs that are higher up the food chain, but replacing them swiftly with big names is a great place to start.

It seems that Atleti have found their niche in the transfer hierarchy, and it suits them pretty well. Barcelona, Bayern and Man City are all richer and more successful than Atleti, which means that Griezmann, Hernández and Rodri respectively will all consider moves to those clubs a step up.

But although they are a rung lower on the ladder and are occasionally forced to sell to the bigger fish, they can demand massive transfer fees, which in turn enables them to compete for the likes of João Félix when they come on the market. Bayern coughed up €80m for Hernández, while Griezmann will fetch €125m and Rodri €70m; a total of €275m for three players. This looks like excellent business even before you consider that those three cost the club a total of €55m.

It looks like even better business when you note that the likely replacements for those three – Félix, Llorente and Renan Lodi – will cost just €180m in total.

The mass migration from Atlético had all the hallmarks of a potential crisis, but the club seem to have turned it into an opportunity for positive change. It’s starting to look like Oblak may have backed the right horse after all.