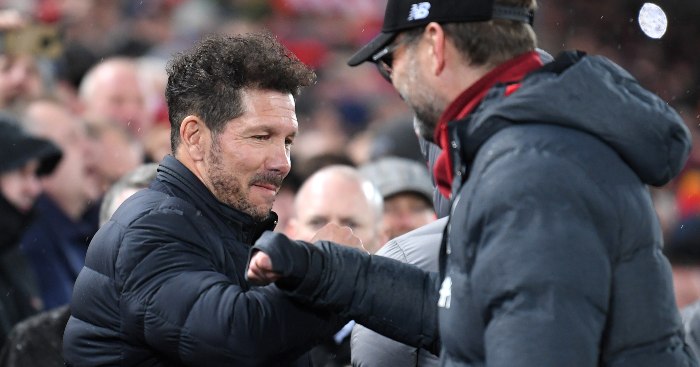 Atletico Madrid president Enrique Cerezo claims his side’s victory over Liverpool should be enough for them to be declared European champions, if the campaign can not be completed.

The holders Liverpool were eliminated at the round of 16 stage in March as they lost the second leg 3-2 in a dramatic night at Anfield.

UEFA are still deciding how best to complete the tournament, with a two-week Club World Cup style event in August currently thought to be the best option.

But if it becomes impossible to complete the competition, Cerezo believes he has found a solution. And quite the solution it is.

“In the hypothetical case that the Champions League was not played for the coronavirus, than the champion was the one who beat the champion,” Cerezo told Spanish news outlet Mundo Deportivo.

“There are still a few knockout games left, the quarter-finals, the semis and the final. We understand that UEFA tries to centralise all these matches in one city, there was talk of Spain, Portugal… nothing is known yet. There are 11 games left, plus the final phase of the Champions League, which can be four games.

“I imagine that the authorities are waiting to see how the pandemic evolves and will take the decision it considers.”