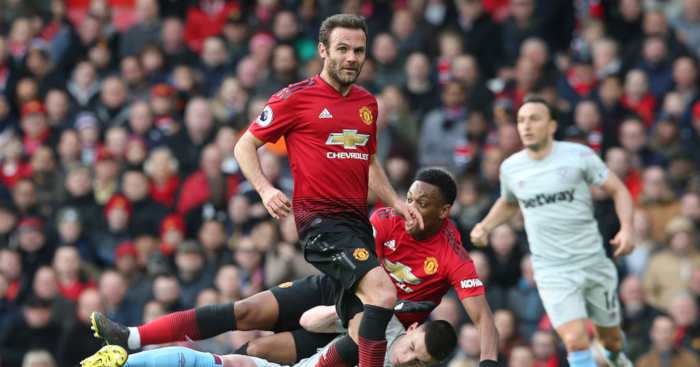 Atletico Madrid are reportedly closing in on deal to bring Manchester United midfielder Juan Mata back to his native Spain on a free transfer in the summer.

The 30-year-old’s deal at Old Trafford expires at the end of the season and Mata is expected to move on as Ole Gunnar Solskjaer looks to revamp a United squad that has struggled in the latter stages of the campaign, following the Norwegian’s appointment on a permanent basis.

Spanish publication Sport claims that the former Chelsea man is ready to make a return to the country where he made his name with Valencia.

The report goes on to state that Atletico are currently leading the race to secure the 2010 World Cup winner’s signature, as Diego Simeone bids to strengthen his squad for a LaLiga title challenge in 2019-20.

Meanwhile, ahead of United’s loss to Manchester City on Wednesday, Roy Keane hit out at “bluffers” in the United squad who were not capable of getting the club back to the top, warning they had thrown Jose Mourinho under the bus and adding “they will do exactly the same to Ole”.

Asked about Keane’s comments, Solskjaer did not dispute them.

“With Roy, I’ve always had a great relationship with him and I value his opinion very highly,” Solskjaer said. “We played together for many years and he’s a Man United guy. He hurts just as much as anyone else connected with the club.

“We’re so far behind City and it’s my job that when we come back in pre-season that I have the right characters in and around the club because it should never be allowed.

“When you’re at Man United, the highlight will be on you and you’ve got to make sure you come into work every single day with the effort like today. That’s your duty.”