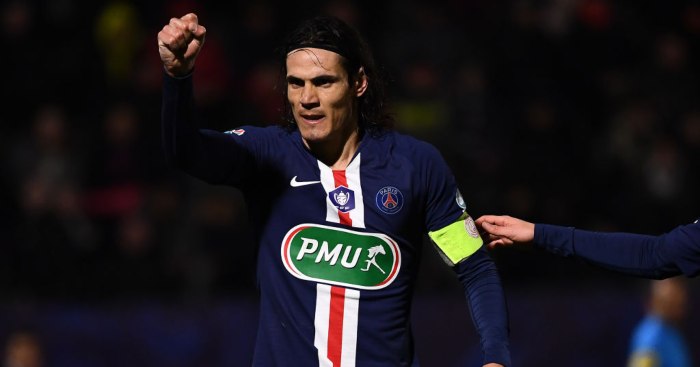 Manchester United and Chelsea have made contact over a possible move for Paris Saint-Germain striker Edinson Cavani, according to reports.

The Red Devils and the Blues are both looking to bring in the right players in January as the two Premier League sides look to qualify for the Champions League.

United are currently five points behind fourth-placed Chelsea in the Premier League with Frank Lampard’s side currently occupying the final Champions League spot.

United legend Rio Ferdinand recently urged Ole Gunnar Solskjaer to sign Cavani among three other players but it looks like anyone trying to sign the Uruguayan will have to wait until the end of the season.

French publication L’Equipe (via the Daily Mirror) claims that Atletico Madrid are leading the race to sign Cavani on a free transfer with a pre-contract agreement on the table.

However, the report adds that Atletico’s interest has alerted Man Utd and Chelsea, who hope to steal in with no deal yet signed.

Chelsea have made an enquiry for Cavani, while United are understood to have made initial contact over a possible deal with both the Premier League sides short in the striker department.