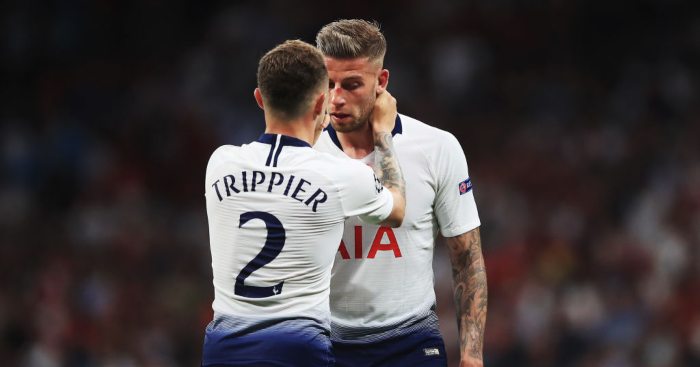 Atletico Madrid are ready to increase their efforts to sign Tottenham defender Kieran Trippier this summer, according to reports.

That poor form, despite playing in a side which reached the Champions League final and booked a top-four spot in the Premier League, has seen him dropped from the Three Lions’ squad for this week’s Nations League finals.

And now The Sun claims that Atletico Madrid ‘are stepping up their attempts to land’ Trippier from Tottenham.

The Spanish side have narrowed their search for a new right-back down to Trippier and PSG defender Thomas Meunier.

Trippier is seen as Atletico’s ‘long-term replacement for Juanfran’ and it is understood Spurs are looking for a fee in the region of £25m.